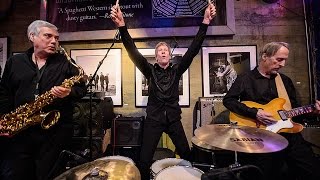 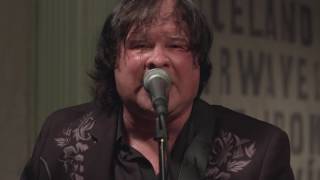 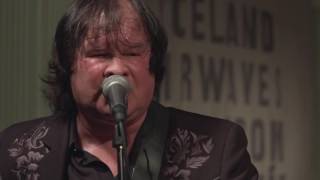 The Sonics are an American garage rock band from Tacoma, Washington that formed in 1960. Their aggressive, hard-edged sound has been a major influence on punk and garage music worldwide, and they have been named as inspirations to Nirvana, Bruce Springsteen, the Fall, and other major artists.


The band performed several early rock standards such as "Louie, Louie", and "Skinny Minnie" as well as original compositions like "Strychnine", "Psycho", and "The Witch". Their catalogue is generally based around simple chord progressions, often performed with a speed and tonal aggression that was novel for the time, making the band a notable influence on later punk rock bands.


The Sonics were formed in 1960 in Tacoma, Washington by teen-aged guitarist Larry Parypa, with the encouragement of his music-loving parents. The earliest lineup included Parypa, drummer Mitch Jaber, and guitarist Stuart Turner; Parypa's brother Jerry briefly played saxophone, and their mother occasionally filled in on bass at rehearsals. In 1961, Parypa's older brother Andy became the bass player, and Tony Mabin took over as their new saxophone player.


When Turner left for the army, Rich Koch joined as lead guitarist, and Marilyn Lodge became their first singer, the band having been an instrumental combo up to that point. A new drummer, Bill Dean, replaced Jaber.


Koch and Lodge left the band in 1963. Local star Ray Michelsen became the band's singer after having sung with several other popular bands on the local scene. Larry began looking for a drummer to replace Dean, who he felt was uncommitted to the band, and found Bob Bennett playing in a band called the Searchers, with keyboardist Gerry Roslie and sax player Rob Lind. Ray Michelsen was looking to leave the band, so the Parypas hired Bennett, Roslie, and Lind, and let their previous saxophonist Mabin go. The well-known lineup was in place, but the Sonics' career did not begin in earnest until 1964, when Gerry Roslie started singing lead vocals. With Roslie as lead singer, the band started playing gigs at local venues such as the Red Carpet, Olympia's Skateland, the Evergreen Ballroom, Perl's , the Spanish Castle Ballroom, and St. Mary's Parish Hall.


They soon were scouted by Buck Ormsby, bassist for popular Northwest band the Wailers, and signed to Etiquette Records, the Wailers' own record label. Their first single was "The Witch" in November 1964. The record was immensely popular with local kids, and went on to become the biggest selling local single in the history of the Northwest despite its radio airplay being restricted because of its bizarre subject matter.


Early in 1965 Etiquette released the Sonics' debut LP, Here Are The Sonics, which was produced at Audio Recording in Seattle, Washington with famed Pacific Northwest recording engineer Kearney Barton. It was recorded on a two-track tape recorder, with only one microphone to pick up the entire drum kit. It was here that they began to pioneer some of their infamously reckless recording techniques. A second album, Boom, followed in February 1966. During the recording, the Sonics ripped the soundproofing off the walls at the country and western-oriented Wiley/Griffith studio in Tacoma to "get a live-er sound." The covers of both albums feature the moody photography of Jini Dellaccio.


This article uses material from the Wikipedia article "The Sonics", which is released under the Creative Commons Attribution-Share-Alike License 3.0.