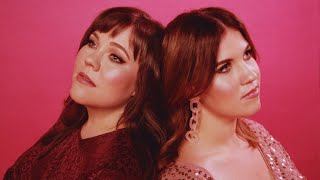 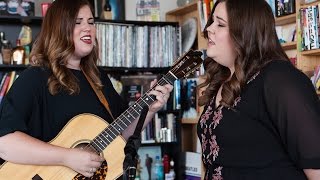 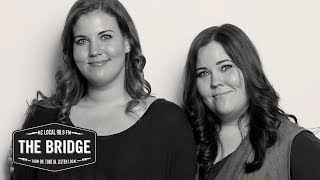 About The Secret Sisters


The Secret Sisters are an Americana singing and songwriting duo consisting of vocalists Laura Rogers and Lydia Slagle. The duo's music has been compared to artists like The Everly Brothers.


Laura and Lydia Rogers are sisters from Muscle Shoals, Alabama. With a love for music coming from both sides of their family , they grew up with a zeal for country music and sang songs with their family by country music artists such as Don Williams. The girls first learned to harmonize through singing a cappella at their hometown church. Laura and Lydia never considered a singing career as a duo. Laura went to Middle Tennessee State University to pursue a career in business, while Lydia was considered the "real" singer of the family.


Laura traveled to Nashville, Tennessee for an impromptu audition at Hotel Indigo where music business record executive Andrew Brightman and producer Dave Cobb were present, looking to create a new singing group. Lydia could not attend the audition, so Laura traveled by herself, where she auditioned with "Same Old You" by Miranda Lambert. Representatives from the audition soon asked her to come back to Nashville, to which she asked if she could bring her sister Lydia along. Lydia showed up later and they were asked to sing together, resulting in the formation of The Secret Sisters. The girls were soon flown to Los Angeles for their first time in the studio to record a couple of demos. For Laura, it was her first time in an airplane. The demos were produced and record companies began responding accordingly. Within weeks, they were assigned to Universal Republic Records and the song selection process for their debut album began.


Their self-titled debut album consists of cover songs such as "Why Don't Ya Love Me?", "Why Baby Why", the Frank Sinatra song "Somethin' Stupid", and Nancy Baron's, "I've Got a Feeling". The album also includes two originals written by Laura Rogers: "Tennessee Me" and "Waste the Day". It was recorded in two weeks at Blackbird Studios and produced by Dave Cobb, who had worked with artists such as Waylon Jennings and Jamey Johnson. T Bone Burnett served as the executive producer.


The Secret Sisters brought in studio musicians such as steel guitar player Robbie Turner and pianist Pig Robbins. The album was recorded with classic analog equipment. The production team and the sisters used vintage microphones and classic recording techniques, down to the same type of tape they would have used fifty years earlier. The album was released October 12, 2010. Laura tried to describe the experience: "In so many ways we are still the same kids who would perform songs in our parents' room, when we sang about silver threads and golden needles and cold-hearted snakes, and all that. Even with everything that's happened – getting that dream chance to make our own album, I really believe we've just found where we're supposed to be."


In addition to their debut album, they recorded covers of Johnny Cash's "Big River" and the traditional folk song "Wabash Cannonball" at Jack White's studio, with White accompanying them on guitar. It was released as a 7-inch single via Third Man Records.


This article uses material from the Wikipedia article "The Secret Sisters", which is released under the Creative Commons Attribution-Share-Alike License 3.0.