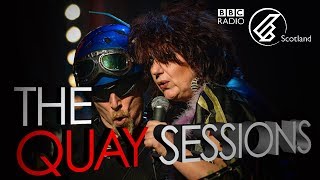 The Rezillos - (Take Me To The) Groovy Room (The Quay Sessions) 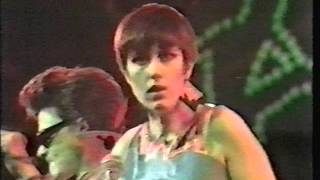 
The Rezillos are a punk/new wave band formed in Edinburgh, Scotland, in 1976. Although emerging at the same time as other bands in the punk rock movement, the Rezillos did not share the nihilism or social commentary of their contemporaries, but instead took a more light-hearted approach to their songs, preferring to describe themselves at the time as "a new wave beat group". Their songs are heavily influenced by 1950s rock and roll, 1960s English beat music and garage rock, early 1970s glam rock, and recurring lyrical themes of science fiction and B movies; their influences mirrored those of US bands the Cramps and the B-52s, who were starting out at the same time. The Rezillos' biggest hit in their home country was the UK Top 20 single "Top of the Pops" in 1978, but they are best known outside the UK for their cover version of "Somebody's Gonna Get Their Head Kicked In Tonight", which was featured on the soundtrack to Jackass: The Movie in 2002. Since the Rezillos recorded it, the song has been covered by other punk bands, including Youth Brigade and Murphy's Law.


During the first half of 1977 Reynolds and Fife became romantically involved, and Fife moved to being the group's frontwoman alongside Reynolds. Gail Warning's contributions to the group were effectively made redundant, and she left the band. In June 1977 the band recorded their début single, "Can't Stand My Baby" , at Barclay Towers, the "studio" being little more than some recording equipment set up in producer Tony Pilley's top-floor tenement flat in Bruntsfield in south-west Edinburgh. The single was released in August on Sensible Records, an independent Edinburgh label run by Island Records local representative Lenny Love, and attracted radio airplay and attention from several major labels, including Sire Records who sent a telegram to Love three weeks after the release of "Can't Stand My Baby" asking for more information about the band.