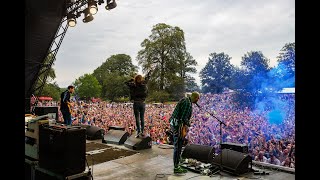 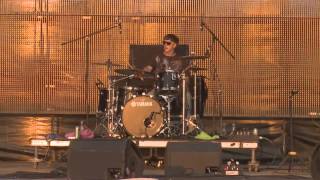 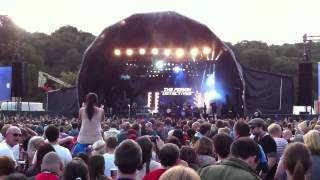 About The Pigeon Detectives


The Pigeon Detectives are a Platinum selling English indie rock band from Rothwell in Leeds, West Yorkshire, who formed in 2004. The band have released five albums from 2007 to present. They performed at the Soccer AM studios in 2006, where they were tagged "the band most likely to leap to the one show in 2007" in an NME review. The band returned to the festivals in 2007 and 2011 and in 2011 played the on the main stage. The band went on to tour and play festivals around the world including Fuji Rocks , Rock AM Ring , Rock Oyster Festival , Lowlands to name a few.


Speaking about the band's name, the drummer Jimmi Naylor said: "I never liked the name at first. But it's stuck– and it's probably got us more attention having a silly name. The band were just discussing band names and he came up with 'The Pigeon Detectives'. It became an in-joke but we thought nothing of it. But when it came to our first gig in Leeds the promoter was saying, 'What's your name?' We were like 'Oh, um... "The Pigeon Detectives".'"


When asked by BBC Sound about the name, Naylor said, "Dave breeds pigeons, and there's a pigeon that lives in a shed, thats his special pigeon, and this pigeon actually writes all the songs". Another story about the band's name was proposed when Matt Bowman and Ryan Wilson were interviewed for Later with Jools Holland; Bowman said that he and Wilson have a tradition of having Christmas dinner together and when they pulled the cracker they found the name in there. When asked about the Leeds Festival rumour Bowman denies it and said, "There's also a rumour that there's a giant pigeon at the bottom of our garden that writes all the lyrics, but that's equally as untrue."


According to Bowman's Twitter, the band is in fact named after a 1970s French cartoon.


The band have appeared on the football based entertainment show Soccer AM on four occasions. On the 2007 Christmas Day special, they became the first band to play in the Soccer AM studio, playing the singles "I Found Out" and "I'm Not Sorry".


During the same episode, Bowman announced that he had suffered a fractured heel bone, after jumping off a set of speakers while performing at Manchester Academy.


This article uses material from the Wikipedia article "The Pigeon Detectives", which is released under the Creative Commons Attribution-Share-Alike License 3.0.