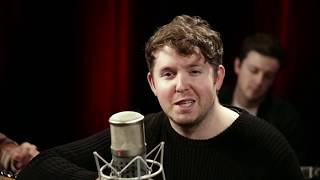 About The Paper Kites


The Paper Kites are an indie rock-folk band from Melbourne, Australia. The band was formed in 2010 and consists of Sam Bentley, Christina Lacy, Dave Powys, Josh Bentley and Sam Rasmussen.


They have released four studio albums and four EPs and became well known because of the release of their first single "Bloom" in 2010. Their most recent albums, On the Train Ride Home and On the Corner Where You Live, were both released in 2018.


Before the formation of the Paper Kites, the current five members were close friends. In high school, Sam Bentley and Christina Lacy began writing and playing music together and continued to do so for a few years after high school. They gained some attention by playing in their home town of Melbourne.


In 2010, Bentley and Lacy expanded the line adding Sam Rasmussen, David Powys and Josh Bentley to the group.


The band's first demo recordings were done mostly by Sam Bentley at his home and by Rasmussen at his university. At the request of their friends, they put together and released homemade EPs to sell at their shows in Melbourne.


It was not until they recorded and released their single "Bloom" in 2010 that they began attracting media attention. The single and video were released online and gradually grew in popularity. Bentley mentioned, "It was a pretty steady progression of word of mouth, friends telling their friends and so on. It wasn't any sort of viral thing, it was a really natural build up of people sharing our music". Word spread quickly, and live appearances became increasingly well attended. "Bloom" was released by the band, similarly to the first recordings, only available as a hand-made EP with a handful of other tracks. Only about 500 "Bloom" EPs were made by the band. With these home-job EPs, they played several shows in Australia and New Zealand, including their first opening slots for bands Hungry Kids of Hungary and Passenger.


This article uses material from the Wikipedia article "The Paper Kites", which is released under the Creative Commons Attribution-Share-Alike License 3.0.