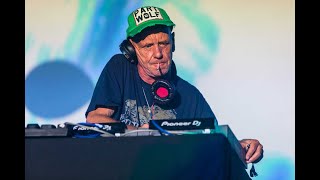 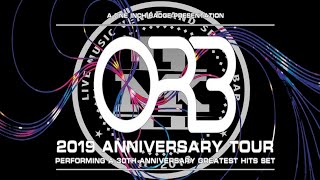 The Orb is an electronic music group founded in 1988 by Alex Paterson and The KLF member Jimmy Cauty. Beginning as ambient and dub DJs in London, their early performances were inspired by electronic artists of the 1970s and 1980s, most notably Brian Eno and Kraftwerk. Because of their psychedelic sound, the Orb developed a cult following among clubbers "coming down" from drug-induced highs.


The Orb have maintained their drug-related science fiction themes despite personnel changes, including the departure of Cauty and members Kris Weston, Andy Falconer, Simon Phillips, Nick Burton, and Andy Hughes. Paterson has been the only permanent member, continuing to work as the Orb with Swiss-German producer Thomas Fehlmann and, later, with Martin "Youth" Glover, bassist of Killing Joke. Beyond recognition on their albums and concerts, his unauthorised use of other artists' works has led to disputes with musicians, most notably with Rickie Lee Jones.


During their live shows of the 1990s, The Orb performed using digital audio tape machines optimised for live mixing and sampling before switching to laptops and digital media. Despite changes in performance method, The Orb maintained their colourful light shows and psychedelic imagery in concert. These visually intense performances prompted critics to compare the group to Pink Floyd, whose guitarist, David Gilmour, collaborated with them on the album Metallic Spheres in 2010.


Their sixteenth studio album, Abolition of the Royal Familia, was released on 27 March 2020 by Cooking Vinyl.


Alex Paterson began his music career in the early 1980s as a roadie for the post-punk rock band Killing Joke, for whom his childhood friendMartin "Youth" Glover played bass. Having left Killing Joke's employ, in 1986 Paterson became an A&R man. Paterson and Youth shared a flat in Battersea and Jimmy Cauty, Youth's former bandmate from Brilliant, was a regular visitor. Paterson and Cauty began DJing and producing music together under the name The Orb. Their first release was a 1988 acid house anthem track, "Tripping on Sunshine", released on Youth's compilation album Eternity Project One. The following year, the Orb released the Kiss EP, a four-track EP based on samples from New York City's KISS FM. It was released on Paterson and Glover's new record label WAU! Mr. Modo Records, which they created out of a desire to maintain financial independence from larger record labels. After spending a weekend of making what Paterson described as "really shit drum sounds", the duo decided to abandon beat-heavy music and instead work on music for after-hours listening by removing the percussion tracks. Paterson and Cauty began DJing in London and landed a deal for the Orb to play the chill out room at London nightclub Heaven. Resident DJ Paul Oakenfold brought in the duo as ambient DJs for his "The Land of Oz" event at Heaven. Though the Orb's Monday night performances had only several hardcore followers initially, their chill-out room act grew popular over the course of their six-month stay to the point that the room was often packed with around 100 people. The Orb's performances became most popular among weary DJs and clubbers seeking solace from the loud, rhythmic music of the dancefloor. The Orb built up melodies using multitrack recordings linked to multiple record decks and a mixer. The group incorporated many CDs, cassettes, and BBC sound effects into the act, often accompanied with pieces of popular dance tracks such as "Sueño Latino". Though the group used a variety of samples, they avoided heavy rhythm and drums so that the intended ambient atmosphere was not disrupted. Most often, the group played dub and other chill-out music, which it described as ambient house for the E generation.


This article uses material from the Wikipedia article "The Orb", which is released under the Creative Commons Attribution-Share-Alike License 3.0.