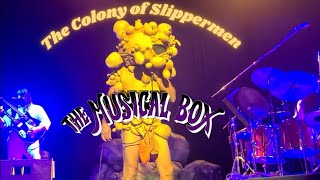 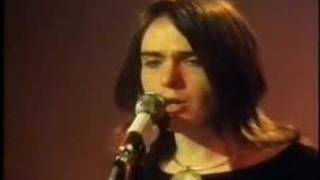 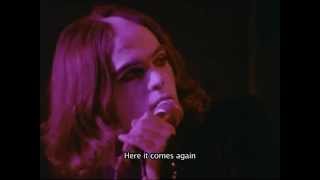 About The Musical Box


The Musical Box are a Canadian tribute band formed in Montreal, Quebec in 1993 who recreate performances by the English rock band Genesis during the 1970s. The current line-up is formed of singer and performer Denis Gagné , guitarist François Gagnon , bassist Sébastien Lamothe , keyboardist Ian Benhamou , and drummer Marc Laflamme .


The Musical Box were formed in 1993 in Montreal, Quebec in Canada, and take their name from the song of the same name from Genesis's third studio album, Nursery Cryme . Founding member and musical director, bassist Sébastien Lamothe, advertised in local newspapers for musicians who were Genesis fans to play in the band. The group initially performed as a seven-piece band and incorporated visual effects and costumes that were a part of Genesis's original shows. From 1993 to 2000, The Musical Box focused on Genesis concerts during their Nursery Cryme, Foxtrot , and Selling England by the Pound tours.


In 1994, following the departure of lead singer and performer Marc Léveillé, the band recruited Denis Gagné as his replacement through a newspaper advert. He recalled listening to Genesis albums when he was at school and becoming a fan of Gabriel. He attempted to put on a concert featuring himself and his friends playing along to the music, but it never happened. The band reformed as a five-piece, mirroring the member count that Genesis had at the time. The new line-up marked the beginning of the band concentrating on staging Genesis shows more accurately, including lights, costume, and recreating Gabriel's on stage persona and dialogue. Gagné immersed himself in the role of Gabriel, learning to play the flute, growing his hair long, and shaving a bald spot in the front of his hairline. Since 2001, The Musical Box has grown in popularity, and has performed large sold-out shows in Canada, the United States, Europe and South America.


In 2004, the band secured the license to re-create Genesis's 1974–1975 tour that featured their double album The Lamb Lies Down on Broadway performed in its entirety, with encores. The tour was registered as a play. This time round, the band wished to recreate the two-hour show as closely as possible. They observed silent footage of the band performing, gathered magazine articles and audience member accounts of the shows, and Banks granted them access to The Farm, the band's recording studio in Surrey, to hear the original 24-track master tape of the album so they could isolate each track and take apart passages in the music they deemed too difficult to recreate. The stage show included use of the 1,200 projection slides used on the original tour, including the original slide operator.


In early 2007, plans for The Musical Box to stage a recreation of Genesis's 1976 tour in support of A Trick of the Tail were in the tentative stages. This marked the first time the band performed Genesis material not from the Gabriel-led era. The tour began in September 2008, and featured Gregg Bendian as their second drummer in the part of Bill Bruford. As the 1976 tour marked the debut of Collins on lead vocals, the role of Collins was played on stage by Gagné on vocals and Marc Laflamme on the drums and second vocals.


This article uses material from the Wikipedia article "The Musical Box", which is released under the Creative Commons Attribution-Share-Alike License 3.0.