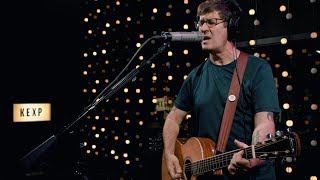 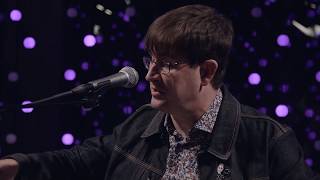 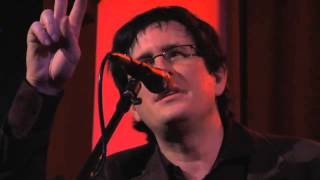 About The Mountain Goats

The Mountain Goats are an American band formed in Claremont, California by singer-songwriter John Darnielle. The band is currently based in Durham, North Carolina.


For many years, the sole member of the Mountain Goats was Darnielle, despite the plural moniker. Although he remains the core member of the band, he has worked with a variety of collaborators over time, including bassist and vocalist Peter Hughes, drummer Jon Wurster, multi-instrumentalist Matt Douglas, singer-songwriter Franklin Bruno, bassist and vocalist Rachel Ware, singer-songwriter/producer John Vanderslice, guitarist Kaki King, and multi-instrumentalist Annie Clark.


Throughout the 1990s, the Mountain Goats were known for producing low-fidelity home recordings and releasing recordings in cassette or vinyl 7" formats. Since 2002, the Mountain Goats have adopted a more polished approach, recording studio albums with a full band, while still maintaining organically emotional lyrical motifs.


The band's name is a reference to the Screamin' Jay Hawkins song "Yellow Coat". Darnielle released his first recording under the band name, Taboo VI: The Homecoming, on Shrimper Records, in 1991. Many of his first recordings and performances featured Darnielle accompanied by members of the all-girl reggae band The Casual Girls, who became known as The Bright Mountain Choir. One of this group's members, Rachel Ware, continued to accompany Darnielle on bass, both live and in studio, until 1995.

The first five years of the Mountain Goats' career saw a prolific output of songs on cassette, vinyl and CD. These releases spanned multiple labels and countries of origin, often released in limited numbers. The focus of the Mountain Goats project was the urgency of writing. Songs not recorded adequately to tape within days of being written were often forgotten. Cassette releases during this time include The Hound Chronicles, Transmissions to Horace, Hot Garden Stomp, Taking the Dative, and Yam, the King of Crops.


In 1994, the Mountain Goats released their first full-length studio album, Zopilote Machine, on Ajax Records. It is the band's only full album featuring the entirety of The Bright Mountain Choir.


This article uses material from the Wikipedia article "The Mountain Goats", which is released under the Creative Commons Attribution-Share-Alike License 3.0.