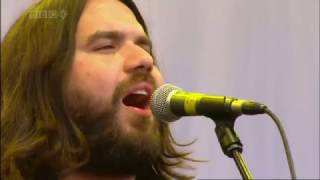 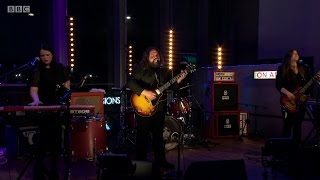 The Magic Numbers - The Quay Sessions 2016 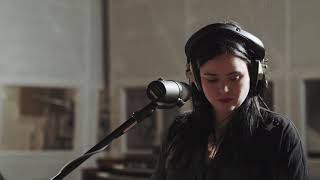 About The Magic Numbers


The Stodarts are the children of a Scottish father and a Portuguese mother and were born in Trinidad in the Caribbean, where their mother was an opera singer and had her own TV show. When the family fled an Islamic coup attempt there in 1990, they were raised in New York City. In the mid-1990s, when Romeo was 16 and Michele was 10, they moved to London.


The Gannons are of Irish descent but lived in Hanwell, London where they became friends with their neighbours the Stodarts. Prior to forming the Magic Numbers, Romeo and Sean spent time trying to form a band together under various guises, and previously performed under the name 'Guess'.


In late 2002 The Magic Numbers formed in their present guise, and they began touring the London circuit, gradually developing their sound and building a small cult following, not least amongst some already established artists including The Chemical Brothers, Travis, and Ed Harcourt, with the latter later influential in their signing to record label Heavenly Records, narrowly choosing that label over Rough Trade Records.


Their rise came swiftly, beginning in the summer of 2004 and later that year when they began supporting well-known artists such as Travis, Ed Harcourt and Snow Patrol and appearing on the bill of some low-key UK festivals, building a larger following by increasing their live performances. In November 2004, they released a limited edition 7" vinyl single, "Hymn for Her", to coincide with a three-show residency at The Borderline in London.


This article uses material from the Wikipedia article "The Magic Numbers", which is released under the Creative Commons Attribution-Share-Alike License 3.0.