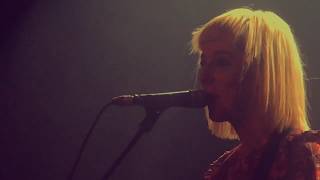 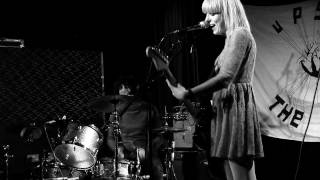 The Lovely Eggs - Don't Look At Me (live) 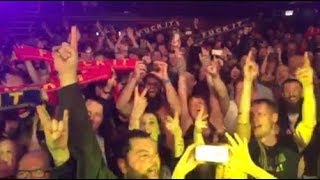 About The Lovely Eggs


The Lovely Eggs are a two-piece lo-fi psychedelic punk rock band from Lancaster, England. They consist of married couple Holly Ross and David Blackwell. Ross was formerly the lead singer and guitarist in the all-female band Angelica.


The band formed in 2006, playing their first ever gig in New York City and then returning to the UK to play nationwide shows. They gained recognition from radio coverage on BBC Radio 1 and BBC Radio 6, from DJs such as Marc Riley,Huw Stephens and Steve Lamacq.


In May 2008, they were invited into the BBC Radio 6 studio to do a live session for Marc Riley's Brain Surgery show. In August of the same year, they were again invited back to the BBC to do a session for Huw Stephens, this time for BBC Radio 1. In October 2008, their first EP entitled Have You Ever Heard The Lovely Eggs? was released through Cherryade Records, which was again well received with positive reviews and more airplay. In the same month, the lead track from their Have You Ever Heard The Lovely Eggs? EP , was named XFM 'Single of The Week' by John Kennedy and subsequently played every night of that week on his show.


They released their debut album, If You Were Fruit, in June 2009 on Cherryade Records in the UK, and in August on HHBTM Records in the US, and promoted both with a tour of the UK and US. The next release was a Twin Peaks inspired, limited edition Halloween CD. It was released in October 2009, promoted with an exclusive video for Artrocker TV. Following this, the band collaborated on a limited edition cassette release, with an all-female band from Manchester, Hotpants Romance, with songs that were won in a raffle by audience members whilst the two bands toured together in June 2009. The tape named Songs about People We met on Tour was released in February 2010.


The Lovely Eggs were invited to perform at SXSW in March 2010, where they recorded a live video collaboration with musician and artist Jad Fair from the band Half Japanese. In early 2010, they also toured in the UK with Eddie Argos from Art Brut's new band, Everybody Was In The French Resistance... Now. They spent the rest of 2010 touring and playing festivals.


On 30 January 2011, they released their single "Don't Look at Me ", for which the video featured a guest appearance from "John Shuttleworth" as the man with the sausage roll thumb. The single gained plays from Radio 1 and 6 Music. The album Cob Dominos from which the single came was released on 14 February 2011. The second single "Fuck It" from the album Cob Dominos was released on limited edition 7" vinyl on 30 May, a bank holiday Monday, which true to the band's "fuck it" philosophy meant not only could DJs not play it, but all the shops were shut so no one could buy it. However its B-side, "Watermelons", did enjoy radio play from 6 music DJs. The band toured the UK and Europe after the album's release, including a European tour supporting Art Brut in September 2011. The third single from Cob Dominos, "Panic Plants" was released on 7" vinyl 31 October 2011 accompanied by a video by Eilir Pierce.


This article uses material from the Wikipedia article "The Lovely Eggs", which is released under the Creative Commons Attribution-Share-Alike License 3.0.