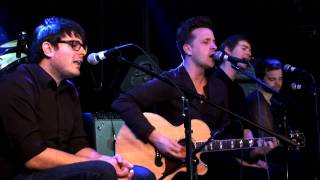 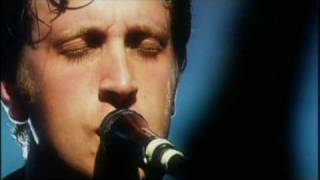 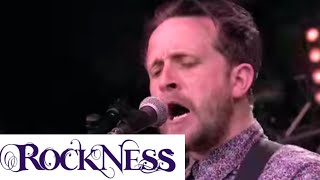 
The Futureheads are an English post-punk band from Sunderland, consisting of Ross Millard , Barry Hyde , David "Jaff" Craig and Dave Hyde . Their name comes from the title of The Flaming Lips album Hit to Death in the Future Head. The band's influences include new wave and post-punk bands such as Gang of Four, Devo, XTC, Wire and Fugazi.


The band met at City of Sunderland College as a quartet consisting of Barry Hyde , David "Jaff" Craig , Peter Brewis , and Ross Millard . Millard and Craig had been in another local band together previously. They used the Sunderland City Detached Youth Project building as a free practice space, fitting since the project was intended to get young people off the streets by using music. They first performed in 2000, and through word-of-mouth their reputation in the local area grew. Hyde's younger brother Dave replaced Brewis .


In an interview with Channel 4's 4Music, Barry Hyde revealed that Dave Hyde was given a golden guitar by his parents when he was young. But Barry had taken it off him to learn to strum his first chords. Dave was left with nothing, forcing him to take up the drums.


The Futureheads played their first gig at Ashbrooke Cricket and Rugby Club in December 2000. They debuted with their "Nul Book Standard" EP and then their "123 Nul EP" on 10 March 2003, and later that year released their first single, "First Day", on 4 August. "First Day" peaked at No. 58 in the UK Singles Chart in August 2003.


The Futureheads released their self-titled debut album in September 2004 on 679 recordings. Five of the tracks were produced by Andy Gill of Gang of Four. The rest of the album was produced by Paul Epworth. The song "Decent Days and Nights" from the album was featured in the video game soundtrack to Burnout 3 on PlayStation 2 and Xbox as well as EA's Rugby 2005.


On 21 February 2005, "Hounds of Love", a cover of a Kate Bush song, was released as a single. It reached number eight in the UK Singles Chart in its first week, and was named Best Single of 2005 by NME. The band toured the United States and later supported the Pixies, Foo Fighters and Snow Patrol.


This article uses material from the Wikipedia article "The Futureheads", which is released under the Creative Commons Attribution-Share-Alike License 3.0.