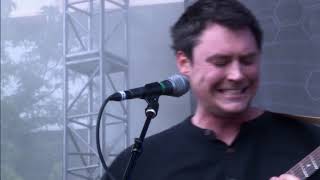 The Front Bottoms - Live from the 2018 Bunbury Music Festival 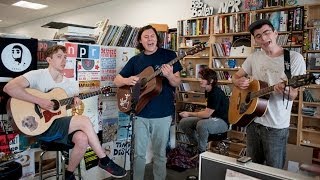 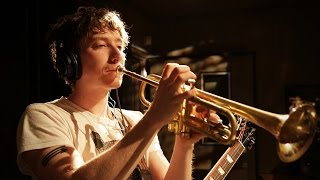 About The Front Bottoms


The group formed in 2006. In August 2007, after Brian Sella finished his first year of college, he and childhood friend Mathew Uychich began playing together under the name The Front Bottoms. Soon after, Uychich's brother Brian Uychich began sitting in on their practices. Brian asked to join the band, playing an old keyboard he found in the Uychich family attic. This completed the original lineup, with which the first two albums and EP were recorded.


They spent the next few years playing locally around New Jersey and eventually doing extensive tours around the country. In between tours, Sella worked at a grocery store and Uychich worked in landscaping. During this time, they put out a self-released album, I Hate My Friends, in 2008, an EP, Brothers Can't Be Friends, the same year, and a second album in 2009, My Grandma vs Pneumonia. Additionally, a five-song cassette, Calm Down and Breathe, was handmade by the band in 2009, and limited to 30 copies. They were part of the New Brunswick-based artist collective Tiny Giant.


Around 2010, the band started writing material for what would become their self-titled album. They released an EP called Slow Dance To Soft Rock which contained six tracks later remastered for the LP. A second EP, Grip N' Tie, was planned to be released later that year but was canceled. The songs that were on it were instead combined with the previous EP to produce an entire album. In late 2010, the band filmed a music video for "Maps", after being contacted through Myspace by an anonymous filmmaker, which gave them great exposure. On June 2, 2011, the band had announced that they signed with Bar/None Records and would release their self-titled debut studio album on September 6, 2011.


As of late 2010, Brian Uychich left the band to concentrate on school full-time. The Front Bottoms replaced Uychich with a new touring musician, Drew Villafuerte, who played bass in addition to keyboards. In 2012, Villafuerte stopped touring with the band as well, citing the extensive touring as too difficult. He was replaced by Tom Warren and Ciaran O'Donnell.


In March 2013, the band released a video for "Twin Size Mattress" on YouTube in the promotion of their next record. Their second studio album, Talon of the Hawk, was released on May 21, 2013.


This article uses material from the Wikipedia article "The Front Bottoms", which is released under the Creative Commons Attribution-Share-Alike License 3.0.