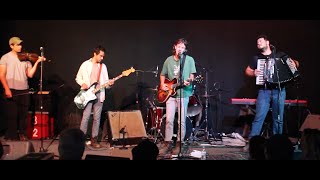 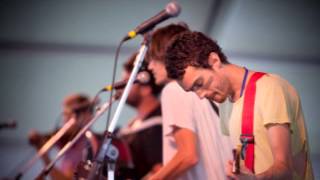 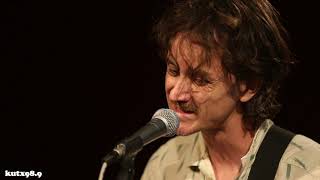 The Felice Brothers- 'Days of the Years'
Share Concert

About The Felice Brothers

The Felice Brothers are an American folk rock/country rock band from New York.


The Felice Brothers got their start as a band playing in the New York City subway. They lived in a little apartment in Brooklyn and would play in the subway stations at 42nd Street and Union Square and in Greenwich Village. The three brothers originally hail from Palenville, New York in the Catskill Mountains.


Now they tour the country, traveling in their "Short Bus". Their 2006 self-released debut album was Through These Reins and Gone followed by Tonight at the Arizona released in 2007 through Loose.Through These Reins and Gone made it onto Radio Woodstock WDST's top 25 albums of 2006. About their album Adventures of the Felice Brothers Vol. 1 James Felice said, "We put one record out on an English label , and we've released all the other stuff ourselves" .The Felice Brothers have played at Levon Helm's Midnight Ramble in Woodstock, New York and also toured with Bright Eyes in the fall of 2007.


On January 7, it was announced The Felice Brothers had signed a record deal with Team Love Records in the US. They toured the United States extensively during the spring , to promote their new album. The Brothers played at Mountain Jam at Hunter Mountain again this year. They also played at the 2008 Clearwater Festival, Bonnaroo in Manchester, Tennessee, the Philadelphia Folk Festival in Schwenksville, Pennsylvania, All Points West Music and Arts Festival at Liberty State Park in Jersey City, and Outside lands music and arts festival in San Francisco, the latter two festivals being inaugural events.


In August, the band performed at the legendary Newport Folk Festival. Due to torrential rains, high winds, and lightning storms, power was cut to the entire Newport, Rhode Island area. As the stage the band was performing on had no generators, the band played unplugged. They performed for over an hour with such songs as "Frankie's Gun!" and a sing-a-long to "This Land Is Your Land".


The Felice Brothers joined Old Crow Medicine Show, Justin Townes Earle and the Dave Rawlings Machine for a nine-city package tour called The Big Surprise Tour, after the lead track from the Yonder Is the Clock album. Kicking off on August 4, 2009 at the Casino Ballroom in Hampton Beach, New Hampshire, the tour travelled around the eastern United States before wrapping up at the World's Fair Park in Knoxville, Tennessee, on August 14, 2009.


The Felice Brothers opened for the Dave Matthews Band at four concerts in Canada and the US, starting at the Molson Amphitheatre in Toronto on June 1, 2010. They also appeared at the Hardly Strictly Bluegrass Festival in San Francisco on October 3. In late September and early October the band reunited for four shows with Conor Oberst. All the shows were in California. They appeared at the End of the Road Festival, Larmer Tree Gardens, Dorset, England in September.


This article uses material from the Wikipedia article "The Felice Brothers", which is released under the Creative Commons Attribution-Share-Alike License 3.0.