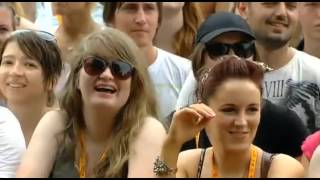 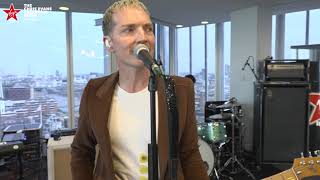 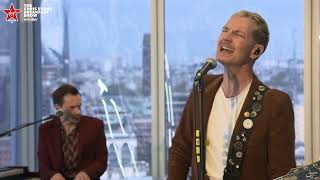 
The Feeling are an English rock band from Horsham, Sussex.


Following a limited release of their first single "Fill My Little World" in late 2005, the band entered the UK Singles Chart at #7 with their first full release "Sewn" in February 2006. The single was one of the year's biggest radio hits, after being played first in the UK on the Dermot O'Leary Show on Radio 2, along with their first live radio session.


Their debut album Twelve Stops and Home was released in the UK on 5 June 2006 and on 27 February 2007 in the US. Their second album, Join with Us, which reached number one on the UK Charts, was released on 18 February 2008. Their third album, Together We Were Made, was released on 20 June 2011, followed by the release of their greatest hits album Singles on 5 December. Their fourth album Boy Cried Wolf was released in 2013. In March 2016 the band released their self-titled 5th studio album. Their sixth studio album, Loss. Hope. Love., is to be released in May 2022. Their name comes from a neon sign seen by bassist Richard on a bar in Paris.


The majority of the band are from Horsham, Sussex, with the exception of lead vocalist Dan Gillespie Sells, who is from London, and bassist Richard Jones, who is from Forest Row, in Sussex. The Jeremiahs and Stewart met while attending St Wilfrid's Catholic School, Crawley, Sussex. Sells and Jones met as music students at the BRIT School in Croydon in 1995. They were members of one of the school's most popular bands. Other past students of the BRIT school include Jessie J, Adele, Tara McDonald and The Kooks.


The band members worked as session musicians for several years before coming together as a group. The Feeling has its roots in a covers band called Superfly, which Paul Stewart and Ciaran and Kevin Jeremiah played in, and which also acted as the house band on the Richard Blackwood show. They spent a lot of time performing as resident band at the La Tania ski resort in the Alps before their début doing covers , and after the line-up of The Feeling had been completed, they continued to use the name Superfly, as it was easier to get bookings.


It was later revealed in a podcast for The Times that the band had "blagged" their way into the La Tania residency, saying they could perform fifty songs when in fact they only knew six. The last gigs in the Alps were in the winter of 2004. After these gigs they would sell demo CDs, which included the tracks "Funny Cigarette", "Sun Is Shining", "Still You Want More", "Never Be Lonely" and "Join with Us". Most of these tracks have since been released as singles, album tracks, or B-sides.


This article uses material from the Wikipedia article "The Feeling", which is released under the Creative Commons Attribution-Share-Alike License 3.0.