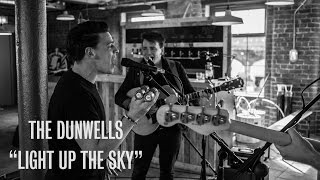 The Dunwells - Light Up The Sky - Live at Northern Monk Brew Co. 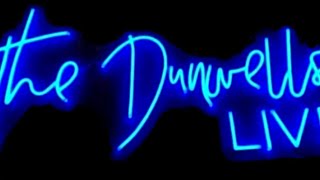 The Dunwells Live at Cottingham. 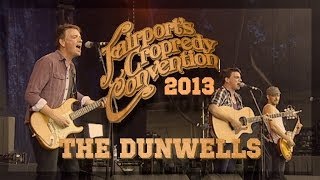 
The Dunwells are an English rock band, formed in Leeds in 2009. The group consists of brothers Joseph Dunwell and David Dunwell , along with friends Adam Taylor and Rob Clayton .


The Dunwells released 'Show Me Emotion EP' in September 2014, produced by Stephen Harris.


Recently, the band has released a new single entitled 'Lucky Ones'. It is the first single, and title track of, their upcoming EP, 'Lucky Ones'. The EP was released on 25 May via Concord Music Group. In July 2019 performed to a packed venue in Taunton Vivary Park with Tom Jones .


The band members started out playing pubs separately in Leeds, England. The two brothers, Joseph and David Dunwell, had been performing as solo acts throughout Yorkshire. The Dunwell brothers recruited childhood friend Jonny Lamb , along with local musicians Dave Hanson and Lee Dawson . When a booking agent heard them play an open mic together, she insisted on booking them a show as a group. In October 2009, record producer Dave Creffield formalized their band status by recording them. Rob Clayton, Jonny Lamb's cousin, later took Dawson's place on the bass in 2011 after Dawson left the band. Joseph and David Dunwell and Rob Clayton all attended St. Mary's Catholic High School, Menston


The Dunwells recorded live at ITV Studios in 2009 and performed on BBC Radio Leeds during the same year. In March 2010, the band released their self-funded debut single "Elizabeth," which reached number 31 on the UK Indie Chart. Continuing with that momentum, the band was featured as Caffe Nero's "Artist of the Month" in November 2010.


This article uses material from the Wikipedia article "The Dunwells", which is released under the Creative Commons Attribution-Share-Alike License 3.0.