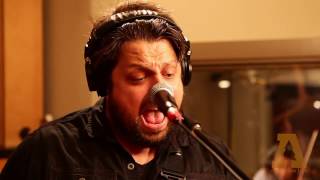 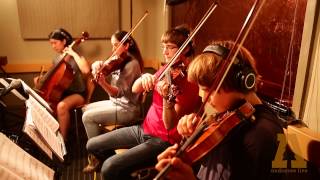 About The Dear Hunter


The Dear Hunter is an American progressive rock band originating in Providence, Rhode Island. It began as a side project of Casey Crescenzo when he was a member of The Receiving End of Sirens, before becoming his main band in 2006. The band's sound features a wide variety of instruments and styles.


Most of the band's albums, starting with their 2006 debut album Act I: The Lake South, the River North, are concept albums and a part of a common storyline, planned to conclude with a sixth installment. The most recent addition is 2016's Act V: Hymns with the Devil in Confessional. Additionally, they have released albums unrelated to the Acts; The Color Spectrum in 2011, Migrant in 2013, and the EP All Is As All Should Be in 2017.


The idea was to take the creative overflow from The Receiving End of Sirens and bottle it up into something that I could keep with me. There was never a plan to take it on the road, or to release it. It was only when things with them went awry that I was given the opportunity to really make it into a traditional sort of thing.


In the winter of 2005 Casey recorded the Dear Ms. Leading demos. He created 10 copies on burned CDs that were circulated amongst his friends and posted online for download. While elements and characters featured on the demos would reappear on the subsequent Acts, Crescenzo has confirmed that there was a transformation in how he represented these themes and persons; while the story had its origins in his personal life, the Acts removed most autobiographical elements in favor of fiction:


The reason I originally wrote it is obviously because I was bitter. The demos were almost all thematically interchangeable with one another. They are all kind of bitter and about a guy falling in love with a prostitute and stuff. When people call those demos an album, I just think it is a little ridiculous, because if I was to release that, I would be ashamed of myself. There is nothing to it – it's just one subject. I went through something with a girl, and like most immature artist people, you write about it and complain a lot...And that is why I didn't want anyone to hear those ...I think I did what any writer does – they include themselves in their work to an extent as much as they can, since that is your only real link to humanity – what you experience. So if I am going to try to make anything realistic, all I have to go on is what I learned on my own...It is more that every character is a collection of experiences and feelings I have had about people in the past.


This article uses material from the Wikipedia article "The Dear Hunter", which is released under the Creative Commons Attribution-Share-Alike License 3.0.