The Comet Is Coming Tickets Norwich 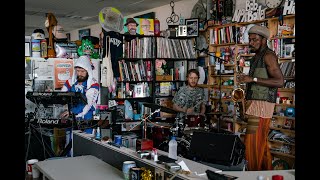 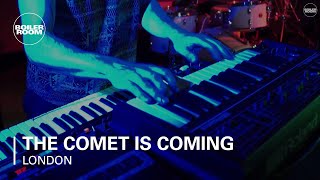 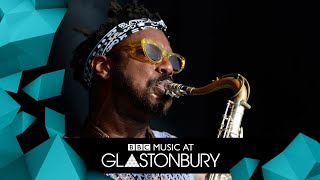 The Comet Is Coming - Summon The Fire (Glastonbury 2019)
Share Concert

About The Comet Is Coming


The Comet Is Coming is a London-based jazz-rock band who incorporate elements of jazz, electronica, funk and psychedelic rock.


The band originally recorded for The Leaf Label, on which their debut EP Prophecy was released, on limited edition 12" vinyl, on 13 November 2015, with the full-length album Channel the Spirits following on 1 April 2016. The album was nominated for the 2016 Mercury Prize, and in 2018 the band signed with Impulse!.


The members of the band use the pseudonyms "King Shabaka", "Danalogue", and "Betamax" to respectively refer to saxophonist Shabaka Hutchings, keyboardist Dan Leavers, and drummer Max Hallett.


In a 2013 interview, Hutchings explained the name of the band thus: "The name of the group comes from a BBC Radiophonic Workshop piece of the same name. Once we heard this piece, with its allusions to sci-fi, cosmic remembrances and general space, it instantly struck a chord. We're exploring new sound worlds and aiming to destroy all musical ideals which are unfit for our purposes so the name stuck."


In an interview with M magazine, Betamax spoke of the band's genesis:


Me and Danalogue the Conqueror play as a psychedelic electro synths and live drums duo called Soccer96. We began to notice a tall shadowy figure present at some of our gigs. At some point he appeared at the side of the stage with his sax in hand. When he got up on stage to play with us it created an explosive shockwave of energy that stunned us all. A couple of weeks later King Shabaka rang me up and said 'hey let's make a record' so we booked three days in Total Refreshment Centre studios. It all came together at an incredible speed. We played and recorded to 1/4 tape with no pre-written material. By the end of three days we had recorded hours of music.


This article uses material from the Wikipedia article "The Comet Is Coming", which is released under the Creative Commons Attribution-Share-Alike License 3.0.

The Comet Is Coming Tour