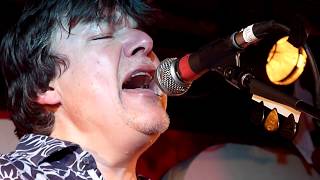 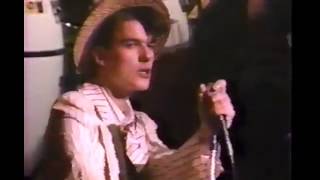 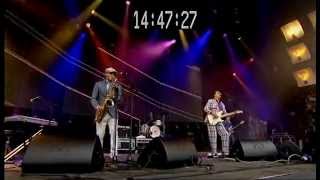 About The Blow Monkeys


The Blow Monkeys are a British new wave/sophisti-pop band that formed in 1981. The first single, "Live Today Love Tomorrow" was released in 1982. They subsequently enjoyed a successful career with several hit singles and albums across the 1980s before splitting up at the beginning of the 1990s. Their first hit song was "Digging Your Scene", which hit #12 on the UK Singles Chart and #14 on the US Billboard Hot 100 chart in August 1986. They had four albums and eleven singles in the UK charts between 1986 and 1990.


In late 2007, the original band members reunited. They have subsequently released six albums of new material.


Fronted by lead singer, songwriter, guitarist, bassist, and piano player Dr. Robert the group formed in 1981, upon Howard's return to the United Kingdom, after spending the years 1976-1981 in Australia. The other members are Mick Anker on bass guitar, Neville Henry on saxophone, and Tony Kiley on drums .


In 1984, the group released their debut album, Limping for a Generation, but their first hit came two years later, in 1986, with "Digging Your Scene", from their second album, Animal Magic . The single attracted attention for the topical lyrics, dealing with the AIDS-fuelled backlash against gay people. It peaked at #14 in the Billboard Hot 100 chart, and number 7 on the Hot Dance Club Play chart. In addition, it reached a high of #12 in the UK Singles Chart, #24 in Italy and #25 in Germany.


In January 1987, She Was Only a Grocer's Daughter, the band's third album was released; it reached #20 in the UK, thanks to its biggest hit, "It Doesn't Have To Be This Way", which reached #5 in the UK , although it never charted in the United States. However, it is featured in the movie Police Academy 4: Citizens on Patrol. The song "You Don't Own Me" appears on the Dirty Dancing soundtrack. The record also featured harmony vocals by singer-songwriter Grayson Hugh.


Outside the group , a successful single release by Robert Howard was "Wait", that featured early Chicago House diva, Kym Mazelle, on female lead vocals. The record was an early British recording in the subgenre dubbed UK garage. The track reached number 7 in the UK chart. It would later re-appear on the Blow Monkeys' first greatest hits album, Choices – The Singles Collection, their highest-charting record, reaching #5 in the UK Albums Chart in 1989.


This article uses material from the Wikipedia article "The Blow Monkeys", which is released under the Creative Commons Attribution-Share-Alike License 3.0.