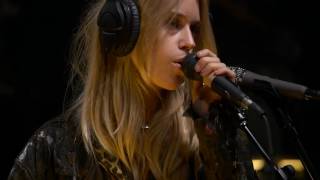 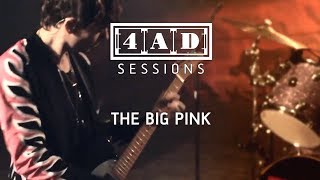 About The Big Pink


The Big Pink are an English electronic rock band from London, consisting of multi-instrumentalists Robertson "Robbie" Furze, Akiko Matsuura and Charlie Barker. Initially a duo, they signed to independent record label 4AD in 2009 and won the NME Philip Hall Radar Award for best new act. To date, they have released five singles, with their debut album A Brief History of Love released in September 2009 and its follow-up, Future This released in January 2012.


Robertson "Robbie" Furze and Milo Cordell started working together as The Big Pink in 2008, taking their name from the debut album by The Band. Furze used to play guitar for Alec Empire and run the record label Hate Channel with Cordell. Cordell had also been releasing records through his own label Merok Records, which featured early noise rock releases by Klaxons, Titus Andronicus, and Crystal Castles. After joining forces in mid-2007, the band issued their first single "Too Young to Love" on 7" vinyl in October 2008 on the House Anxiety label. The single was limited to 500 copies worldwide, and features a homoerotic photograph by Dennis Cooper as its cover. Similarly, a limited edition 12" single for "Too Young to Love" released only in Japan features more of Cooper's photography as its cover.


The Big Pink signed with British record label 4AD in February 2009. On 25 February 2009, The Big Pink won the prestigious Philip Hall Radar Award for best new act at the NME Shockwave Awards. The duo were presented the award by James Allan and Caroline McKay of Glasvegas, who had won the award in 2008. In April, 4AD issued the duo's first single for the label, "Velvet," which Pitchfork Media described as "undeniably immense, but it's a tribute to the Big Pink's skill and maturity that it still manages to sound intimate", and awarded the track a 7 out of 10 rating. The single was again produced by the band and mixed by Alan Moulder. A 7-minute remix of "Velvet" by Gang Gang Dance followed as an online-streaming single. The Big Pink provided a cover of "Lovesong" for The Cure tribute album Pictures of You: A Tribute to Godlike Geniuses The Cure, which was made available with the 25 February 2009 issue of NME. Following the releases, the duo opened for TV on the Radio in Europe before embarking on their first headlining UK tour. A second single on 4AD, the non-album track "Stop the World", was released as a limited edition 7" single on 29 June 2009. It was co-produced with Paul Epworth.


The Big Pink's debut album A Brief History of Love was released on 14 September 2009, the fourth single "Dominos" having been released a week before. The band produced the album themselves at Electric Lady Studios in New York City, and it was mixed by Rich Costey. Cordell told BBC 6 Music that the album encompasses "every different aspect of love... The good, the bad, the boring, the exciting, the dreams, the nightmares, the whole thing." Nationwide tours of Europe, Japan, and the United States occurred August through the end of 2009, with dates in Australia and a second North American tour set for spring 2010. They also supported Muse on their UK arena tour in November, and in turn, provided a remix of Muse's song "Undisclosed Desires," which was made available on the single released on 16 November 2009. On 24 February 2010, "Dominos" won Best Track at the NME Awards. The Big Pink appeared at the 2010 Coachella Festival in April and once again opened for Muse at London's Wembley Stadium on 10 September 2010.


In an interview with NME, Robbie Furze noted a strong hip-hop influence for the recording of the band's second album. However, he later retracted this statement regarding the band's musical direction in a further NME interview in October 2011 in which he wishes he hadn't made such a claim. He also stated that the band has approached Nick Launay and Dave Fridmann as possible producers, and added "I think we've got our heart set on Alan Moulder to mix it." The first single "Stay Gold" came out in October 2011, and was featured in SSX.


The band's second album Future This was released in January 2012. One of the songs "Lose Your Mind" started with a sample of the single "Happy House" by Siouxsie and the Banshees to get a certain vibe. The second single "Hit the Ground " heavily sampled O Superman by Laurie Anderson.


This article uses material from the Wikipedia article "The Big Pink", which is released under the Creative Commons Attribution-Share-Alike License 3.0.