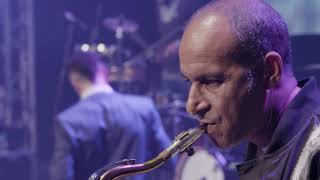 About The Beat Starring Dave Wakeling


David Wakeling is an English singer, songwriter and musician, known for his work with the band the Beat and General Public.


Wakeling began his professional career when he formed the band, the Beat. The first studio album by the Beat included the singles "I Just Can't Stop It", "Mirror in the Bathroom", "Hands Off...She's Mine" and "Can't Get Used to Losing You", all of which charted within the Top 10 on the UK Singles Chart. The band also had UK hits from the studio albums Wha'ppen? and Special Beat Service .


Wakeling then formed General Public with Ranking Roger in 1984, and they released their debut studio album All the Rage that year. He also recorded two other studio albums with General Public, Hand to Mouth and Rub It Better , shortly after which the band disbanded.


He then produced the soundtrack for the John Hughes film She's Having a Baby , in which he also recorded the title track.


In 1991, Wakeling released his sole solo album No Warning, on I.R.S. Records and has lived in California for a number of years. He regularly performs as the English Beat in North America, and has recorded two new songs that feature in the Scooby-Doo! Mystery Incorporated episode "Dance of the Undead" which debuted in March 2013."


Throughout his career, Wakeling has mainly used a left handed Vox Teardrop guitar aka: Vox Mark III, he was initially drawn to the guitar as his favourite artist/guitarist Brian Jones of the Rolling Stones used one. "I wanted to be him and I used to play my cricket bat or my tennis racket and pretend it was a teardrop in the mirror when my mom had gone out shopping. I even bought a blond wig from a second-hand shop and I cut it out into a bob. As soon as I heard the front door I would think "Great, she’s gone". I would take out the wig, the cricket bat and play in front of the mirror." On 8 April 2006, he donated his Vox of 26 years to the Rock and Roll Hall of Fame.


This article uses material from the Wikipedia article "The Beat Starring Dave Wakeling", which is released under the Creative Commons Attribution-Share-Alike License 3.0.