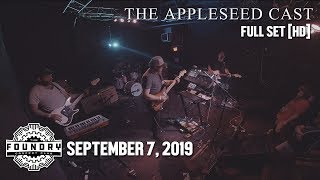 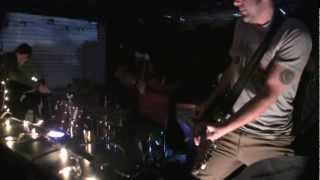 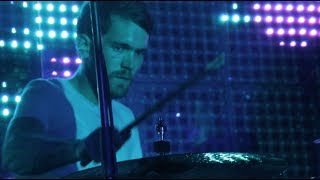 About The Appleseed Cast


The Appleseed Cast is an American rock band from Lawrence, Kansas. The band was founded in the early days of emo by singer-guitarist Christopher Crisci and drummer Louie Ruiz. The Appleseed Cast has steadily evolved over the release of eight full-length albums with Crisci at the songwriting helm, changing lineups but never breaking up, continuing to hone the TAC sound. The band’s current lineup includes Crisci, Ben Kimball, Nick Fredrickson, and Sean Bergman.


Major acclaim first came in the early 2000s and earned them a 9.0 from Pitchfork for their album set Low Level Owl, Vol I and Vol II. The band has enjoyed continued high praise for their work on Two Conversations, Peregrine, Illumination Ritual, and others.


The band formed in 1996 in Southern California with Crisci and Pillar joining bassist Jason Wickersheim and drummer Louie Ruiz under the name December's Tragic Drive . In 1998, the band – now billed as The Appleseed Cast - signed to Deep Elm Records out of New York — before relocating to North Carolina — and released its debut album, The End of the Ring Wars. The album was met with considerable approval from the emo and underground scenes.


In 1999, the band relocated to Lawrence, Kansas without Ruiz, recruiting new drummer Josh "Cobra" Baruth. Later that same year the group entered the Red House studio in Eudora, Kansas, with producer Ed Rose, who would go on to produce the next four Appleseed Cast records. The end result was Mare Vitalis, the band's second full-length album. The album showed progression from the dynamics-heavy rock of The End of the Ring Wars. Essentially a concept album on the movements of the sea – encapsulated in such song titles as "Mare Mortis," "Poseidon" and "Kilgore Trout" —, the album is a fan favorite, heavy on atmosphere, crescendo, subtly undulating guitar arpeggios and the intricate drumming of Baruth, who clearly brought a new dimension to the band's sonic palette.


The band completed Mare Vitalis in late 1999, but tensions were developing between the band and Wickersheim. In January 2000, Pillar asked his roommate, St. Joseph, Missouri-native Marc Young, if he would be interested in playing bass one show for the band. Young agreed, though the show they spoke of and agreed upon never materialized. Regardless, Wickersheim officially departed the group that same month with Young replacing him on bass.


After the Mare Vitalis tours, the Appleseed Cast once again entered the studio in late 2000 to begin work on its most ambitious project to date. Eager to fulfill their five-record deal with Deep Elm, the band embarked on a double LP, with Ed Rose once again recording. Low Level Owl Volume One was released on August 21, 2001, with Volume Two following on October 23.


This article uses material from the Wikipedia article "The Appleseed Cast", which is released under the Creative Commons Attribution-Share-Alike License 3.0.