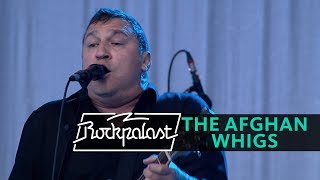 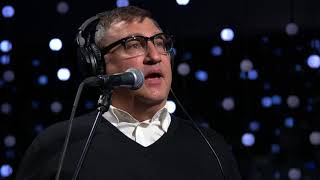 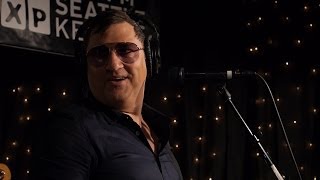 About The Afghan Whigs

The Afghan Whigs are an American rock band from Cincinnati, Ohio. They were active from 1986 to 2001 and have since reformed as a band. The group – with core members Greg Dulli , Rick McCollum , and John Curley – rose up around the grunge movement, evolving from a garage band in the vein of the Replacements to incorporate more R&B and soul influences into their sound and image. After releasing their first album independently in 1988, the band signed to the Seattle-based label Sub Pop. They released their major-label debut and fourth album, Gentlemen, in 1993. Pitchfork described them as "one of the few alt-bands to flourish on a major label" in the 1990s.


Dulli frequently claimed in interviews that the band would never get back together following their dissolution in 2001 however the group reunited in 2012.


Greg Dulli , Rick McCollum , John Curley , and Steve Earle formed the band in Cincinnati late in 1986. The Afghan Whigs had evolved out of Dulli's previous band, The Black Republicans, a band that Curley later joined. Curley would introduce Dulli to McCollum, a frequent jam partner who was famed on the local Cincinnati scene for his innovative use of effects pedals. McCollum and Dulli would bond over their shared love of R&B, in fact the first song The Afghan Whigs ever rehearsed was a cover of The Temptations' "Psychedelic Shack." Dulli later described the intent behind The Afghan Whigs was to exist as "a cross between the Band, the Temptations, and Neil Young playing with Crazy Horse."


In the wake of The Black Republicans' breakup Dulli had decamped to Arizona, where he composed half the material for what would become Afghan Whigs' debut album Big Top Halloween , self-released on the band's own Ultrasuede label. "We were running through what were basically the first songs I'd ever written in order to do some demos, so we were playing really loose," Dulli recalls. "And then all of a sudden, I found out John was having covers made." While only a thousand copies of Big Top Halloween would be pressed initially, one of them managed to capture the attention of Jonathan Poneman, the co-founder of influential Seattle-based indie label Sub Pop, which signed Afghan Whigs in 1989. Initially Sub Pop planned for the Whigs to release only a one-off single, but that soon led to a full-blown record contract with the label.


Upon signing to Sub Pop, The Afghan Whigs became the second non-Pacific-Northwestern U.S. band to record for the Sub Pop label. In 1990, Sub Pop put out Afghan Whigs' second album Up in It; largely recorded by Nirvana producer Jack Endino and featuring the college-radio hit "Retarded," Up in It received a favorable reception with music critics upon release.


To support the album's release, Afghan Whigs went on a package tour with grunge originators Mudhoney and Boston underground band Bullet LaVolta.Up in It was followed by a limited edition single released by No.6 Records under the name "Ornament," which included vocals by Scrawl singer Marcy Mays .


With the 1992 album Congregation and a covers EP, Uptown Avondale, the band developed what would become their signature sound, blending soul with psychedelic sprawl and punk abandon. Critics noted the combination of Stax and Motown influences with indie-rock sonics on the band's own material.Uptown Avondale featured covers of hits by soul acts such as The Supremes.


This article uses material from the Wikipedia article "The Afghan Whigs", which is released under the Creative Commons Attribution-Share-Alike License 3.0.