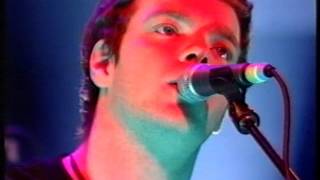 The Electric Soft Parade - Empty At The End (live on Later) 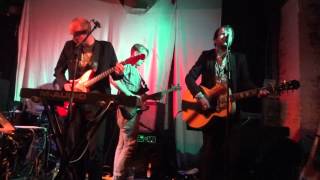 About The Electric Soft Parade


The Electric Soft Parade are an English psychedelic pop band from Brighton, comprising brothers Alex and Thomas White, the creative core of the band, as well as a number of other musicians with whom they record and perform live, most recently including Andrew Mitchell and Damo Waters, as well as long-standing bass/keyboard player, Matthew Twaites.


Alex and Thomas originally formed Fixed Ascent with schoolfriends Alistair Gavan and Russell Gleason in around 1997. Whilst ostensibly a formulaic indie outfit, there were flashes of the more complex symphonic arrangements and varied production values that would characterise later Electric Soft Parade releases, and over three self-released albums the band cultivated a original sound, not unlike that of Holes in the Wall. Following interest in their 1999 LP, The Wonderful World of the Feltro Media, the band were offered a deal with DB Records . The band officially signed to DB Records in January 2001, with their debut single following that April. Their original choice for a name was "The Soft Parade" but were made to change it after legal action by an American The Doors cover band .


The Brothers' debut, Holes in the Wall was released in February 2002 to wide critical acclaim. With A&R and production from Chris Hughes, the album spawned two UK top-forty hits and led to performances on Top of the Pops, Later With Jools Holland and a world-tour covering Europe, Japan and Australasia. They were also nominated for the 2002 Mercury Music Prize, where they lost out to Ms. Dynamite. They later won the Q Award for Best New Act.


The band's second LP, The American Adventure appeared in October 2003 on BMG Records. Largely a response to their treatment at the hands of BMG the album was seen as too much of a departure from their previous work, and the band were dropped in early 2004. On release, the album received wildly differing responses, largely criticising the looser arrangements and downbeat feel . However, the album can now be seen as a major turning point in the bands' sound – from the hi-tech, digital production of Holes in the Wall to the organic feel of later releases.


The Electric Soft Parade returned in late 2005 with the six-track The Human Body EP on Truck Records. The U.S. version of The Human Body EP was released in May 2006 on Better Looking Records . ESP made their first U.S. appearance at the South by Southwest Festival in March 2006.


A third full album was released in April 2007. Entitled No Need to Be Downhearted, it was named after a lyric from The Fall's song "15 Ways" from their Middle Class Revolt album). The album was entirely self-produced, using Truck Records' rudimentary Portakabin studio in the Oxford countryside.


This article uses material from the Wikipedia article "The Electric Soft Parade", which is released under the Creative Commons Attribution-Share-Alike License 3.0.