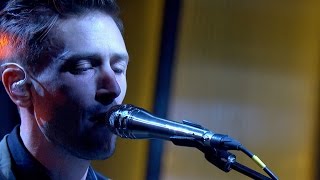 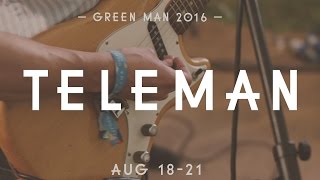 
Teleman are an English indie pop band formed in London in 2011. The group consists of Thomas Sanders , Pete Cattermoul and Hiro Amamiya .


Pete Cattermoul and brothers Jonny and Thomas Sanders were previously members of indie band Pete and the Pirates. Following the disbanding of that group in 2011, the three started writing and recording new music under the name Teleman, adding drummer Hiro Ama. The band's name derived from seeing an album in a charity shop by composer Georg Philipp Telemann.


Teleman's debut single Cristina was released in early 2013, with the debut album Breakfast coming in mid-2014, produced by Bernard Butler. Further singles from the album included "23 Floors Up", "Skeleton Dance" and "Mainline". "Lady Low" from the record featured Stephen Black on saxophone. The band toured supporting Suede, Metronomy, Maxïmo Park, Kaiser Chiefs and Franz Ferdinand, and appeared in festivals including Glastonbury, Green Man, End of the Road and Les Inrocks.


In 2014 and 2015 Teleman toured extensively in Europe and in the US while preparing to record their second album. They released the stand-alone single "Strange Combinations" in March 2015.


In 2016, they opened for Belle and Sebastian on tour.


Teleman's second album, Brilliant Sanity, was released in April 2016. Two singles were released from it previously: "Fall in Time" and "Düsseldorf".


This article uses material from the Wikipedia article "Teleman", which is released under the Creative Commons Attribution-Share-Alike License 3.0.