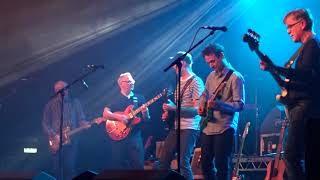 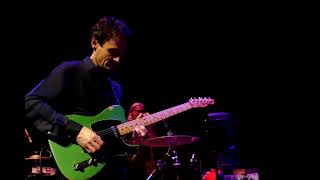 Teenage Fanclub - Is This Music? 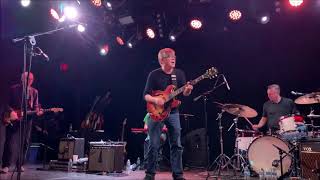 
Teenage Fanclub are a Scottish alternative rock band formed in Bellshill near Glasgow in 1989. The band was founded by Norman Blake , Raymond McGinley and Gerard Love , all of whom shared lead vocals and songwriting duties until Love's departure in 2018. As of 2019, the band's lineup consists of Blake, McGinley, Francis MacDonald , Dave McGowan and Euros Childs .


Teenage Fanclub have had a succession of drummers, including Francis MacDonald, Brendan O'Hare and Paul Quinn, who left the band after recording the album Howdy!. Quinn was replaced by the returning Francis MacDonald. Keyboardist Finlay MacDonald has also been a member. As of September 2016, the band have released ten studio albums and two compilation albums.


Teenage Fanclub emerged from the Glasgow C86 scene. They formed in Bellshill in 1989 following the break-up of The Boy Hairdressers, a band featuring Raymond McGinley, Norman Blake, and Francis MacDonald. Following a brief period in which Blake was a member of BMX Bandits, the three former bandmates joined with Gerard Love to form Teenage Fanclub.


Originally a noisy and chaotic band, their first album A Catholic Education, released in 1990 on Paperhouse, is largely atypical of their later sound, with the possible exception of Everything Flows. Mostly written by Blake and McGinley, the record included several songs originally intended for The Boy Hairdressers. The band followed the album with the EP God Knows It's True, featuring new drummer Brendan O'Hare, before being signed by Creation Records. The King, their next album, was a semi-improvised collection recorded in a single day. Originally intended to be a very limited release, the record received critical reviews of its self-confessed shambolic guitar thrashes and a cover of Madonna's "Like a Virgin".


Their next album, Bandwagonesque, released on Creation Records in the UK and Geffen in the US, brought Teenage Fanclub a measure of commercial success. Bandwagonesque was more deliberately constructed, the hooks became stronger, the guitar riffs were brought under control, and the harmony vocals took shape.Bandwagonesque topped Spin magazine's 1991 end-of-year poll for best album, beating Nirvana's Nevermind, their Creation stablemates My Bloody Valentine's album Loveless, and R.E.M.'s Out of Time.