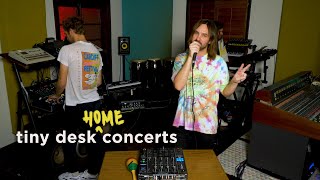 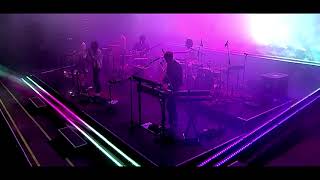 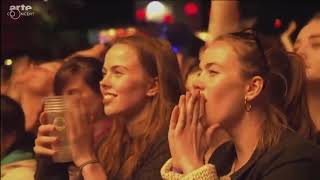 
Tame Impala is the psychedelic music project of Australian multi-instrumentalist Kevin Parker. In the recording studio, Parker writes, records, performs, and produces all of the project's music. As a touring act, Tame Impala consists of Parker , Dominic Simper , Jay Watson , Cam Avery , and Julien Barbagallo . The group has a close affiliation with fellow Australian psychedelic rock band Pond, sharing members and collaborators, including Nick Allbrook, formerly a live member of Tame Impala. Originally signed to Modular Recordings, Tame Impala is now signed to Interscope Records in the US and Fiction Records in the UK.


Parker originally conceived the project in Perth in 2007. After a series of singles and EPs, Tame Impala's debut studio album, Innerspeaker, was released in 2010; it was certified gold in Australia and well received by critics. Parker's 2012 follow-up, Lonerism, was also acclaimed, reaching platinum status in Australia and receiving a Grammy Award nomination for Best Alternative Music Album. Tame Impala's third album, Currents, was released in July 2015, and like its predecessor, it won ARIA Awards for Best Rock Album and Album of the Year. Parker won the APRA Award for Song of the Year 2016 for Currents' first track, "Let It Happen". The fourth studio album, The Slow Rush, was released 14 February 2020. At the 2020 ARIA Music Awards the group won five trophies.


The origins of the act can be found in the Perth music scene. Parker played in a number of bands, one being the Dee Dee Dums, a rock duo that consisted of Parker and Luke Epstein . Tame Impala emerged in 2007 as a Kevin Parker home-recording project in this period and he posted a number of tracks on Myspace. This brought interest from a number of labels and eventually, he signed a worldwide deal with the independent Modular Recordings in July 2008. To transfer these recordings to a live-stage, Parker enlisted the help of Dominic Simper and Jay Watson and began playing at some local gigs.


The signing was soon followed by the release of their self-titled EP in September 2008. It reached the number 1 position on the Australian Independent Record Labels Chart and number 10 on the ARIA Physical Singles Chart, with three songs—"Desire Be, Desire Go", "Half Full Glass of Wine", and "Skeleton Tiger"—receiving national radio airplay on the Triple J radio station.


Tours in 2008 included supports for You Am I, The Black Keys, Yeasayer and MGMT, as well as performances at Southbound Festival, Meredith Music Festival and Falls Festival, and national headline tours in support of their EP. Tours in 2009 included a sold-out six-date "Skeleton Tiger" national headline tour and a five-date UK tour , as well as performances at V Festival.


Tame Impala appeared on Triple J's Hottest 100 list in 2008—their first appearance on the list—with "Half Full Glass of Wine" at number 75. The song is also on the Hottest 100 compilation album.


This article uses material from the Wikipedia article "Tame Impala", which is released under the Creative Commons Attribution-Share-Alike License 3.0.