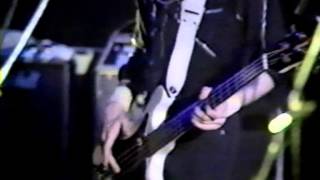 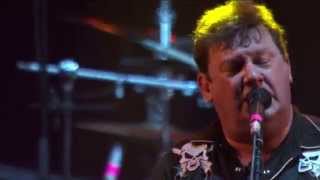 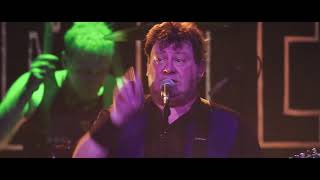 
Stiff Little Fingers are a Northern Irish punk rock band from Belfast, Northern Ireland. They formed in 1977, at the height of the Troubles. They started out as a schoolboy band called Highway Star , doing rock covers, until they discovered punk. They were the first punk band in Belfast to release a record - the "Suspect Device" single came out on their own independent label, Rigid Digits. Their album Inflammable Material, released in partnership with Rough Trade, became the first independent LP to enter the UK top 20.


After six years and four albums, they split up. They reformed five years later, in 1987. Despite major personnel changes, they are still touring and recording. In 2014, the band released their tenth studio album and a world tour followed its release. Jake Burns, their lead singer, is the only member to have been with the band during all its incarnations, but in March 2006, original bass guitarist Ali McMordie rejoined them following the departure of The Jam bass player Bruce Foxton after fifteen years.


Prior to becoming Stiff Little Fingers, Jake Burns, vocals and guitar, Henry Cluney, guitar, Gordon Blair, bass, and Brian Faloon, drums, were playing in a rock music cover band, Highway Star, in Belfast. Upon the departure of Blair ,Ali McMordie took over on bass. Cluney had by this time discovered punk, and introduced the rest of the band to it. They decided that Highway Star was not a punk enough name, and after a brief flirtation with the name "The Fast", decided to call themselves Stiff Little Fingers, after The Vibrators song, which appears on the album Pure Mania.


Stiff Little Fingers, especially the lead singer and main songwriter Jake Burns, were heavily influenced by The Clash. "What the Clash’s first album did more than anything else was give me the confidence, through its lyrical subject matter, to realise it was OK to write about my own life and experiences" The group started to write songs about growing up in the Troubles in late 1970's Northern Ireland. Among the first Stiff Little Fingers songs were "State of Emergency" and "Breakout".


It was while doing a gig at the Glenmachan Hotel, Belfast that they first met Gordon Ogilvie, who had been invited along for the evening by Colin McClelland, a journalist who Burns had been corresponding with.


Ogilvie further encouraged SLF to play material based upon their experience of the Troubles. He asked the group to look at some lyrics he had drafted. They liked the lyrics and "Suspect Device" became a fixture in their live set. Around the same time as putting a tune to the "Suspect Device" lyrics, Jake Burns wrote "Wasted Life".


This article uses material from the Wikipedia article "Stiff Little Fingers", which is released under the Creative Commons Attribution-Share-Alike License 3.0.