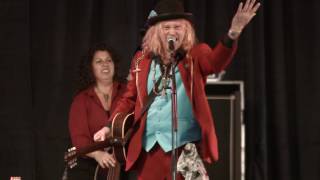 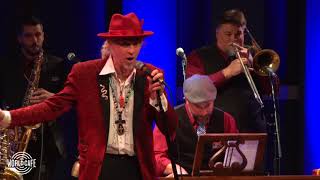 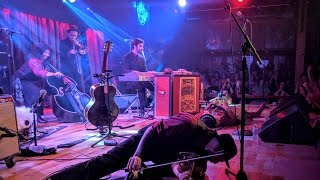 
The band's music is a fusion of Delta blues, gypsy jazz, 1930s–era swing, klezmer, and other styles. They found commercial success during the swing revival of the late 1990s with their 1996 single "Hell", written by Tom Maxwell. After a hiatus of several years, the original band members reunited and performed in 2007, playing in the U.S. and Canada.


In 2016, Mathus and Phillips reunited the band with a new lineup to tour in support of the 20th anniversary of their highest selling album, Hot.


The Squirrel Nut Zippers continue to tour, and released their new album, Beasts of Burgundy in March 2018, and singles "Mardi Gras for Christmas" and "Alone at Christmas" in November 2018.


The band was founded by James "Jimbo" Mathus, formerly of Metal Flake Mother and Johnny Vomit & The Dry Heaves, and his then-wife Katharine Whalen in Carrboro, North Carolina, with Tom Maxwell, Chris Phillips, Don Raleigh, and Ken Mosher. The group made its debut in Chapel Hill a few months later. Stacy Guess joined shortly after.


"Nut Zippers" is a southern term for a variety of old bootleg moonshine. The band's name comes from a newspaper story about an intoxicated man who climbed a tree and refused to come down even after police arrived. The headline was "Squirrel Nut Zipper." It is also the name of a Squirrel nut caramel candy dating back to 1890.


The band is credited for contributing to the swing revival that occurred during the 1990s. The band was influenced by Johnny Ace, Cab Calloway, Django Reinhardt, Raymond Scott, Fats Waller, and Tom Waits. The breakthrough single "Hell", with its calypso rhythm, more closely aligned the band with the neo-swing movement.


This article uses material from the Wikipedia article "Squirrel Nut Zippers", which is released under the Creative Commons Attribution-Share-Alike License 3.0.