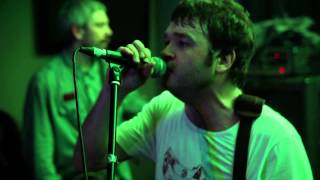 We Are The Supercool - Space Monkeys Live 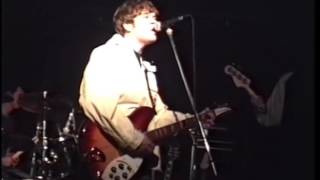 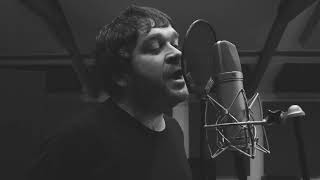 
The Space Monkeys are an English alternative band, formed in Middleton, Greater Manchester in 1995. The band consisted of Richard McNevin-Duff, Tony Pipes, Dom Morrison and Chas Morrison. After working with the band for a number years, Neil Walsh later joined the band.


The band were signed to Factory Records / Factory Too in the UK and Interscope Records in the US. They were often compared to baggy and acid house music. They split up in 2000.


They released their album, The Daddy of Them All, on 4 November 1997. The single "Sugar Cane" from this album reached 58 on the Billboard chart. The single edit remix of the song was frequently played on American radio in place of the LP version and is available as a separate CD single. The music video for this single was the second video from famed photographer David LaChapelle and featured hip hop legends Rock Steady Crew. The band toured the US and Europe with Smash Mouth and Third Eye Blind. The song "Drug Soup" was recorded especially for and features in the soundtrack of the Gwyneth Paltrow movie Sliding Doors.


The band went on to record a second album, Escape from the 20th Century, which included tracks produced by legendary hip hop producer Prince Paul. However, due to the collapse of Factory Records and other problems, the album was shelved and remained unreleased until 2013. The band disbanded in 2000. McNevin-Duff, Pipes and Walsh went on to release an EP under the guise of "Munki", and Chas Morrison joined avant-garde drum and bass group RSL.


Tony Pipes is now a multi award-winning creative director, working in advertising, broadcasting and design. He is responsible for designing the 11th & 12th Doctor's incarnation of the Doctor Who logo and has worked across brands and advertising for both the BBC and ITV. He created the original British drama strand for the BBC as well as launching key titles such as Luther and Call the Midwife. He was a key member of the Cannes Lion Winning ITV Rebrand team and is now Executive Creative Director for ITV Creative where he runs the in-house advertising agency. He writes for the stage and TV, with his first play "The Button" being produced and performed as part of the SuperNova 8 Theatre festival.


He recently returned to music as The Infamous Beat Thief, releasing the single "StereobookElectronook" in October 2018. In December 2018, he released "Year of the Dog" a new single with Richard McNevin-Duff.


This article uses material from the Wikipedia article "Space Monkeys", which is released under the Creative Commons Attribution-Share-Alike License 3.0.