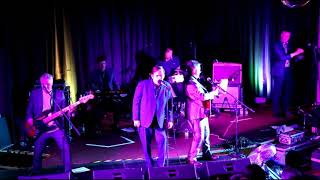 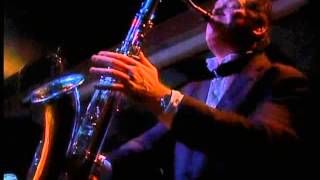 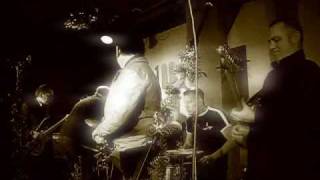 
Formed after the demise of the CBS Records signed power pop band New Hearts, singer Ian Page and guitarist David Cairns spent the second half of 1978 writing songs that would form the basis of the first two Secret Affair albums.


After spending January 1979 demoing songs, Page and Cairns enlisted the services of bassist Dennis Smith from the power pop band Advertising and Young Bucks drummer Seb Shelton. Saxophone player Dave Winthrop, originally playing with the group in his capacity as a session musician, would join as a full-time member of the band later in the year.


After the demise of the group in 1982, Cairns went on to form a band called Flag, with Archie Brown from The Bureau and signed a recording contract in the US. He subsequently teamed up with Scottish singer Alan King in Walk on Fire, writing the majority of the band's material and playing keyboards on tours. Signing to MCA in the US, the band released the album Blind Faith in 1990 and toured supporting Foreigner, Nils Lofgren and Dan Reed Network, before Cairns joined Gibson Guitars USA as Special Projects and Events manager. Page released two solo singles before leaving the music industry. Having departed the band in late 1980, drummer Seb Shelton most notably joined up with Kevin Rowland's Dexys Midnight Runners and enjoyed success with them between 1980 and 1982.


In June 2002, Page, Cairns, Smith, Bultitude and Winthrop reformed for three gigs, including a performance at London's Shepherd's Bush Empire. They returned in June the following year, playing at The Scala in Islington to promote the release of Time For Action: The Anthology , a major CD retrospective of hits, rarities and previously unreleased tracks. The concert was filmed and released on DVD.


In 2006, Page and Cairns attempted to mend their sometimes fractious relationship and started work on a fourth Secret Affair album, recording five new songs for Peer Music. The album remains unfinished, but in 2010 Captain Mod Records released Secret Affair, The Singles Collection which featured two of the Peer Music tracks, "Soho Dreams" and "Land of Hope".


This article uses material from the Wikipedia article "Secret Affair", which is released under the Creative Commons Attribution-Share-Alike License 3.0.