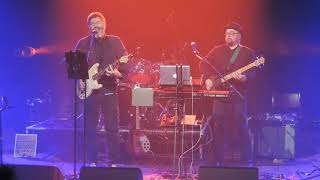 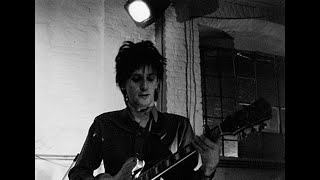 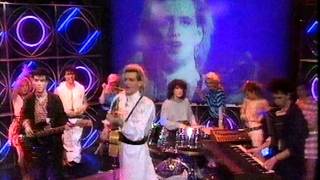 
Scritti Politti are a British band, originally formed in 1977 in Leeds, England, by Welsh singer-songwriter Green Gartside. He is the only member of the band to have remained throughout the group's history.


Beginning as a punk-inspired collective of art students and squatters, Scritti Politti released several early post-punk recordings on Rough Trade Records before transitioning into a mainstream pop music project in the early to mid- 1980s, enjoying significant success in the record charts in the UK and the US. The group's most successful album, 1985's Cupid & Psyche 85, spawned three UK Top 20 hits with "Wood Beez ", "Absolute", and "The Word Girl", as well as a US Top 20 hit with "Perfect Way".


The band's 1988 album Provision was a UK Top 10 success, though it only produced one UK Top 20 hit single, "Oh Patti". After releasing two non-album singles in 1991, as well as a collaboration with B.E.F., Gartside became disillusioned with the music industry and retired to south Wales for more than seven years. He returned in the late 1990s, releasing a new album, Anomie & Bonhomie, in 1999 . In 2005 Rough Trade released the compilation Early, which collected the band's first releases. In 2006 Gartside released the stripped-down White Bread, Black Beer.


In the mid-1970s, Green Gartside was studying fine art at Leeds Polytechnic . The punk rock group Sex Pistols 'Anarchy' tour, which included The Damned and The Heartbreakers, was launched at the Polytechnic on 6 December 1976. It inspired Gartside to form a band with his childhood friend Nial Jinks and fellow student Tom Morley.


Scritti Politti originally consisted of Gartside as the lead vocalist, Jinks as bass player, and Morley as drummer, with Matthew Kay as their manager who sometimes played the keyboard. Gartside and Jinks had been at Croesyceiliog Grammar School together in Cwmbran, South Wales, and Gartside met Morley at Leeds Polytechnic. For their first public performance in 1976, supporting local Leeds punk group SOS, the group went under the name 'The Against'.


Upon finishing their studies, the group relocated to London's Camden Town around 1977, where they lived in a squat. The name Scritti Politti was chosen as a homage to the Italian Marxist writer and political theorist Antonio Gramsci. The correct spelling in Italian to refer to "Political Writings" would have produced Scritti Politici. Gartside changed it to Scritti Politti as he thought it sounded more rock and roll, like the Little Richard song "Tutti Frutti". Alongside other groups of what has been termed the DIY ethic or movement , Scritti Politti released a DIY record titled "Skank Bloc Bologna" , on their own St. Pancras label in 1978. To the raw energy of punk, Scritti Politti added a creative spontaneity and a mock-philosophical intelligence in their lyrics, with allusions to intellectual figures such as Karl Marx, Mikhail Bakunin, Jacques Derrida, Gilles Deleuze, and Jacques Lacan.


This article uses material from the Wikipedia article "Scritti Politti", which is released under the Creative Commons Attribution-Share-Alike License 3.0.