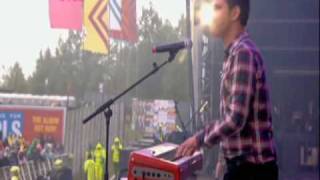 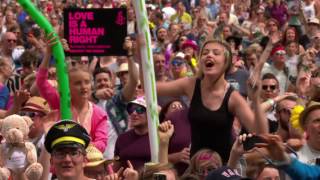 About Scouting for Girls


Scouting for Girls are an English pop rock band. Their name is a play on the title of the 1908 Scouting handbook Scouting for Boys. The band was formed in 2005 by three childhood friends from London, Roy Stride on piano and lead guitar/vocals, Greg Churchouse on bass guitar and Peter Ellard on Drums. They signed to Epic Records in 2007 and released their self-titled debut album that September and it reached No. 1 on the UK Albums Chart in 2008. To date, it has sold over 1,000,000 copies in the UK.


KSI worked on a second album, Everybody Wants to Be on TV, was released in April 2010 and peaked at number 2 on the Albums Chart. This was preceded by the single "This Ain't a Love Song", which went to number 1 on the UK Singles Chart for two weeks.


To date, Scouting for Girls have achieved eight top 40 singles, sold over 2,000,000 records and received over 500m streams. They have been nominated for four Brit Awards and one Ivor Novello Award.


The founding members had known each other since childhood. Stride and Ellard met in the Cub Scouts and Churchouse met Stride on their first day at school at Queensmead School in South Ruislip in west London. They attended the school until 1998 then moved on towards a music career. At the age of 15 Roy and Greg were playing together at small gigs in west London. It has been noted that the band was looking for a spirited way of removing themselves from the drudgery of their everyday lives, looking to the whimsy of childhood fantasy through playing a Moog organ. Churchouse has observed on several occasions that playing bass is something he wanted to pursue as the bass has "two less strings".


Whilst in University Stride and Churchouse were in a band called Cape. Scouting for Girls were formed when Stride swapped from playing the guitar to piano. Their first recording was a demo of Keep On Walking which impressed the judges of the 2005 Glastonbury unsigned competition so much that they offered them a place in the final, despite the band having never performed live before. Although they failed to win the competition the band spent the next couple of years building a large online presence through Myspace and hosting their own club nights at the Trinity Pub in Harrow. By 2007 the band had written and recorded demos of most of the songs that would make up their debut album and received airplay and performed sessions on Radio 1 and XFM


At the beginning of 2007 Epic Records A&R Nick Raphael received the band's demo CD. So enthusiastic was his response that he immediately phoned up colleague Jo Charrington and said: "These are hits, let's go see the band in rehearsals!" According to Charrington every other record label had passed on them.


This article uses material from the Wikipedia article "Scouting for Girls", which is released under the Creative Commons Attribution-Share-Alike License 3.0.