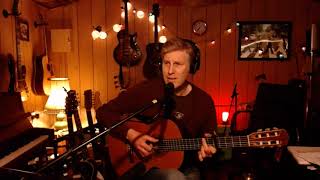 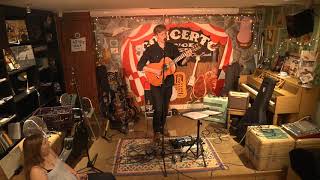 
Scott Matthews is an English singer-songwriter from Wolverhampton, England.


His first album Passing Stranger was released on 13 March 2006 on San Remo Records before being re-released on Island Records later in the year. Janice Long was the first of the BBC DJs to play his music. Soon, tracks from Passing Stranger were also being played by Mark Radcliffe and Bob Harris on BBC Radio 2. In April, Scott played sessions on BBC Radio 2 & BBC 6 Music.


Matthews' first single "Elusive" was released in September. The single received much airplay from BBC Radio DJs Jo Whiley, Dermot O'Leary, and Zane Lowe. Between 7–10 August, Lowe played "Elusive" once each night as his chosen Single of the Week. Matthews also visited the station to perform "Elusive" and other songs from the album in May and August 2006. In May 2007, he won the Ivor Novello Award for "Best Song Musically and Lyrically" for "Elusive".


Matthews has toured the UK extensively in support of his album and appeared in support of the Foo Fighters for their acoustic Skin and Bones concerts around the country in June 2006.


Matthews' second album Elsewhere was produced by Matthews and Gavin Monaghan and released on Island Records.


His third album, What the Night Delivers, was produced by Jon Cotton.


This article uses material from the Wikipedia article "Scott Matthews", which is released under the Creative Commons Attribution-Share-Alike License 3.0.