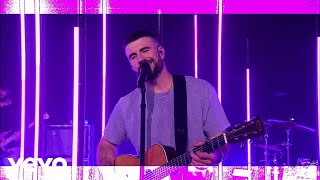 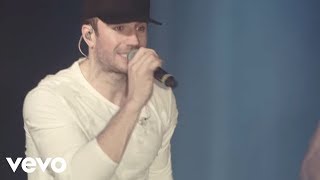 
Sam Lowry Hunt is an American singer and songwriter. Born in Cedartown, Georgia, Hunt played football in his high school and college years and once attempted to pursue a professional sports career before signing with MCA Nashville in 2014.


Prior to his successful solo career, Hunt was credited for writing singles for Kenny Chesney, Keith Urban, Billy Currington, and Reba McEntire. His debut studio album, Montevallo, broke several chart records with five singles spawned from the record, including three consecutive Hot Country Songs chart and four Country Airplay chart number ones. The lead single from the album, "Leave the Night On", peaked concurrently on the Hot Country Songs and Country Airplay charts, making Hunt the first country artist in 22 years, since Billy Ray Cyrus, to reach the top of three country charts simultaneously in the Nielsen SoundScan-era. He is also the first country artist since Clint Black to occupy both year-end number one album and single with Montevallo and "Take Your Time". The fifth single "Make You Miss Me" from Montevallo, hit number one on the Country Airplay chart, thus making Hunt the first solo male artist to land four number ones on the Country Airplay chart from a debut studio album.


Since the launch of his career, Hunt has quickly received recognition from both inside and outside the country music community for his blending of genres, incorporating use of R&B and pop into the production and songwriting of his songs. He has been honored with numerous awards, including one American Music Award, and one CMT Music Award, as well as nominations for Billboard Music Awards and Grammy Awards.


Hunt was born on December 8, 1984, in Cedartown, Georgia, the eldest of three children of Allen and Joan Hunt, an insurance agent and a teacher respectively. He studied at Cedartown High School where he played football. He was named 2002 Co-Offensive Player of the Year, was selected for the Georgia Sportswriters Association All-State Class AAA first-team as an all-purpose player, and was a Wendy's High School Heisman nominee.


He was a quarterback at Middle Tennessee State University from 2003 to 2004. He dressed for every game in 2003 but did not play in any of them. He had limited action in six games in 2004, attempting one pass and rushing once for one yard. Hunt transferred to the University of Alabama at Birmingham in 2005 and redshirted his first season there. He played in only seven games during the 2006 season due to injuries, completing 48 of 82 passes for 655 yards, two touchdowns and five interceptions. He also rushed 69 times for 159 yards and one touchdown. Hunt completed 155 of 331 passes for 1,905 yards, 10 touchdowns and 14 interceptions in 2007. He also rushed 68 times for 287 yards and two touchdowns. At UAB, he majored in philosophy before graduating with a business degree in economics. After practice every day, he would teach himself how to play acoustic guitar. With respect to the root of his interest in music, Hunt recalled between stops in tour, "I never saw myself as a musician or having any musical talent... I was just killing time that summer, and a buddy had recently bought a guitar. I picked it up one day and on a whim thought, 'You know, I think I want to buy a guitar.'" Hunt's college roommates, having listened to a few songs he wrote, encouraged him to book shows at bars, marking the start of his pursuit of a career in music.


After graduating from UAB in 2007, he had a tryout with the Kansas City Chiefs of the National Football League in 2008. "I knew this was a once-in-a-lifetime opportunity, and I needed to find out if I could take it all the way," Hunt said. In 2008, two months after the unsuccessful attempt to impress the football team, to the surprise of his family and friends, he left to pursue a music career, and moved to Nashville along with a friend with only "some food and two mattresses and his mom's minivan".


This article uses material from the Wikipedia article "Sam Hunt", which is released under the Creative Commons Attribution-Share-Alike License 3.0.