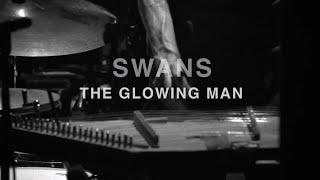 
Swans are an American experimental rock band formed in 1982 by singer, songwriter and multi-instrumentalist Michael Gira. One of few acts to emerge from the New York City-based no wave scene and stay intact into the next decade, Swans have become recognized for an ever-changing sound, exploring genres such as noise rock, post-punk, industrial and post-rock. Initially, their music was known for its sonic brutality and misanthropic lyrics. Following the addition of singer, songwriter and keyboardist Jarboe in 1986, Swans began to incorporate melody and intricacy into their music. Jarboe remained the band's only constant member except Gira and semi-constant guitarist Norman Westberg until their dissolution in 1997.


Since 1990, all Swans records have been released through Gira's own label, Young God Records. In 2010, Gira re-formed the band without Jarboe, establishing a stable lineup of musicians which has toured worldwide and released four albums to critical acclaim. This iteration of the group performed its last shows in November 2017, ending the tour in support of its final album The Glowing Man. Since 2019, Gira is touring and recording with Swans as "a revolving cast of contributors". A new album, Leaving Meaning, was released on October 25, 2019.


Michael Gira has repeatedly stated he took the moniker Swans as it described the sound he wanted best. Gira's summation of the name follows along the lines of: "Swans are majestic, beautiful looking creatures. With really ugly temperaments."


The earliest known lineup of Swans comprised Gira on bass guitar and vocals, Jonathan Kane on drums, Sue Hanel on guitar, Mojo on percussion and tape loops and either Thurston Moore, Dan Braun or Jon Tessler on the second bass guitar. Jon Tessler also played percussion and tape loops. Hanel's only recordings with the group are on the compilation Body to Body, Job to Job, but the ambiguous personnel credits do not make it clear on which songs she performed. Kane stated that "Sue was the most fearsome guitarist we'd ever heard in New York. She was unbelievable."


Hanel did not stay long in the group, and by the time of their recording debut she had been replaced by Bob Pezzola. This lineup of the group also featured saxophonist Daniel Galli-Duani, who had previously played with Kane as the avant-garde duo Transmission. The debut EP, Swans, released on Labor, is markedly different from anything they would do later. The plodding tempos and distorted, detuned guitar work is reminiscent of such post-punk outfits as Joy Division. However, the minimal chord structures owe more to blues, while the jazz instrumentation and awkward time signatures are evidence of Swans' roots in the no wave scene of the late 1970s, which had more or less collapsed by the release of 1984's Cop.


Kane compares Swans to blues icon Chester Burnett, a.k.a. Howlin' Wolf. Some similarities worth noting—the music of early Swans was often based on a single riff, played repeatedly to hypnotic effect. Some of Burnett's songs—especially the songs penned by Burnett himself—have a similar structure and quality. Their early music was typified by slow and grinding guitar noise, and pounding drums, punctuated by Gira's morbid and violent lyrics , usually barked or shouted. Critics have described Swans' early recordings as "aggressive beyond words".


This article uses material from the Wikipedia article "Swans", which is released under the Creative Commons Attribution-Share-Alike License 3.0.