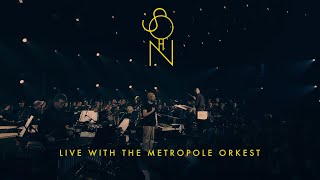 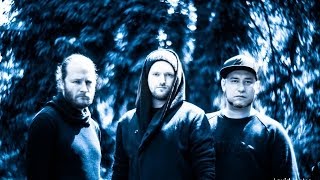 
Christopher Michael Taylor, professionally known as Sohn , is an English singer, songwriter and record producer. Following the release of the 2012 EP The Wheel by Aesop, he was signed by 4AD. He released his first album, Tremors, on 7 April 2014 followed by Rennen in January 2017.


Taylor was born in South London and developed an early interest in music. After four albums, he dissolved his successful project Trouble Over Tokyo and reinvented himself as Sohn. In August 2010, he released the first two songs, "Warnings" and "Oscillate", under the Sohn name through his Soundcloud page. A month later, his first EP was announced by the London-based Aesop label. The songs "The Wheel" and "Red Lines" were also streamed online, picking up critical acclaim. The EP The Wheel was released on 5 November 2012 in both digital and vinyl formats. Taylor had been living in Vienna, Austria since 2007.


On 19 April 2013, 4AD announced that it had signed Sohn. This coincided with his first official release through 4AD, "Bloodflows", which Pitchfork described as "a vocal showcase and SOHN's most sorrowful, powerful success yet". and GorillaVsBear mentioned as "simple but mesmerizing and extremely effective video". The single peaked at number one in the Amazing Radio chart on 12 May.


On 11 September 2013, the follow-up track, "Lessons", was published online. Released on limited 12" vinyl on 25 November 2013, the accompanying video was directed by Olivier Groulx and premiered by Dazed & Confused magazine.


Sohn's first album, Tremors, was released in the week of 7 April 2014, with the lead single being "Artifice".


In 2015, Taylor moved to Los Angeles where he worked as a producer for Aquilo, Banks and Kwabs, before moving to Sonoma where he began work on his second album.


This article uses material from the Wikipedia article "SOHN", which is released under the Creative Commons Attribution-Share-Alike License 3.0.