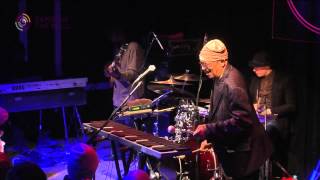 Roy Ayers Ubiquity, live at Band on the Wall 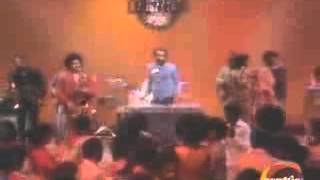 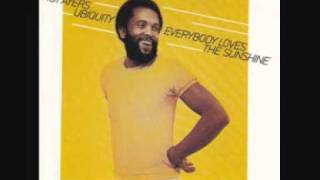 
Roy Ayers is an American funk, soul, and jazz composer, vibraphone player, and music producer. Ayers began his career as a post-bop jazz artist, releasing several albums with Atlantic Records, before his tenure at Polydor Records beginning in the 1970s, during which he helped pioneer jazz-funk. He is a key figure in the acid jazz movement, and has been dubbed "The Godfather of Neo Soul". He is best known for his compositions "Everybody Loves the Sunshine", "Searchin", and "Running Away". At one time, he was said to have more sampled hits by rappers than any other artist.


Ayers was born on September 10, 1940 in Los Angeles. He grew up in a musical family, where his father played trombone and his mother played piano. At the age of five, he was given his first pair of vibraphone mallets by Lionel Hampton. The area of Los Angeles that Ayers grew up in, South Park was at the center of the Southern California Black music scene. The schools he attended were all close to the famed Central Avenue, Los Angeles' equivalent of Harlem's Lenox Avenue and Chicago's State Street. Roy would likely have been exposed to music as it not only emanated from the many nightclubs and bars in the area, but also poured out of many of the homes where the musicians who kept the scene alive lived in and around Central. During high school, Ayers sang in the church choir and fronted a band named The Latin Lyrics, in which he played steel guitar and piano. His high school, Thomas Jefferson High School, produced various talented musicians, such as Dexter Gordon.


Ayers started recording as a bebop sideman in 1962 and rose to prominence when he dropped out of City College and joined jazz flutist Herbie Mann in 1966.


In the early 1970s, Roy Ayers started his own band called Roy Ayers Ubiquity, a name he chose because ubiquity means a state of being everywhere at the same time.


Ayers was responsible for the highly regarded soundtrack to Jack Hill's 1973 blaxploitation film Coffy, which starred Pam Grier. He later moved from a jazz-funk sound to R&B, as seen on Mystic Voyage, which featured the songs "Evolution" and the underground disco hit "Brother Green ", as well as the title track from his 1976 album Everybody Loves the Sunshine.


In 1977, Ayers produced an album by the group RAMP, Come into Knowledge. That fall, he had his biggest hit with "Running Away".


This article uses material from the Wikipedia article "Roy Ayers", which is released under the Creative Commons Attribution-Share-Alike License 3.0.