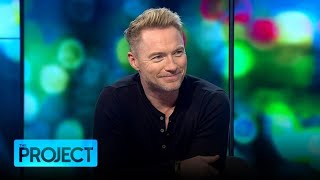 
Ronan Patrick John Keating is an Irish singer-songwriter, musician, and philanthropist who currently hosts a breakfast show on Magic Radio. He debuted in 1994 alongside Keith Duffy, Michael Graham, Shane Lynch, and Stephen Gately, as the co-lead singer of Irish group Boyzone. His solo career started in 1999 and he has recorded ten albums. He gained worldwide attention when his single "When You Say Nothing at All" was featured in the film Notting Hill and peaked at number one in several countries.


As a solo artist, Keating has sold over 20 million records worldwide alongside the 25 million records with Boyzone, and in Australia, he is best known as a judge on "All Together Now" and The X Factor from 2010 until 2014 and a coach on The Voice in 2016. Keating is active in charity work and has been a charity campaigner for the Marie Keating Foundation, which raises awareness for breast cancer and is named after his mother, who died from the disease in 1998.


Ronan Keating was born on 3 March 1977, the youngest of five children. He grew up in Bayside, Dublin and County Meath attending St. Fintan's High School. His father, Gerry Keating, was a lorry driver; his mother Marie was a mobile hairdresser. He has one sister: Linda, and three brothers: Ciarán, Gerard and Gary. He was a track and field athlete and represented Ireland in several tournaments, winning the All Ireland under-13 200m title.


In 1993, the then 16-year-old Ronan Keating was the youngest member to join Boyzone. Keating, Keith Duffy, Richard Rock, Shane Lynch, Mark Walton and Stephen Gately were chosen as Boyzone members. Walton and Rock would later leave the group before being replaced by Michael Graham. The group performed in various clubs and pubs before being signed by Polygram in 1994 and released a cover version of "Working My Way Back to You" by The Four Seasons. The group also released a cover version of "Love Me for a Reason" which would peak on several charts. In 1998, his mother died at the age of 51 from breast cancer, resulting in the establishment of the Marie Keating Foundation.


At the age of 21 years, Keating married Yvonne Connolly in April 1998 and together, the couple have three children: Jack , Marie and Ali . The couple are now divorced after Keating had an affair.


This article uses material from the Wikipedia article "Ronan Keating", which is released under the Creative Commons Attribution-Share-Alike License 3.0.