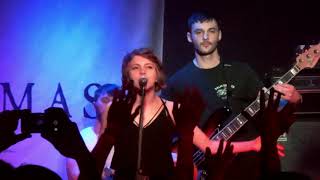 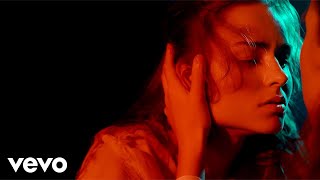 
Rolo Tomassi are a British band from Sheffield, England. Their name is taken from a dialogue in the film L.A. Confidential. The band is known for their strong DIY ethic and chaotic style and performances. They are currently signed to eOne Heavy.


The band released two albums on Hassle Records: Hysterics and the Diplo-produced Cosmology . After creating their own record label in 2011 called Destination Moon, they released Eternal Youth, a compilation album of B-sides, remixes and rarities from throughout their career, and their third album Astraea, in 2012 with the first line-up change in their career. They then released two albums on Holy Roar Records: Grievances and Time Will Die and Love Will Bury It .


Shortly before the band formed, Eva Korman was in a small garage band for a few months as a keyboardist. The band was looking for an aggressive vocalist to help make it a six piece band, so Eva stepped up to give screaming a go. To practice she and her brother, James Spence, would scream in their parents' car, with very loud music on; the music was to help overcome their shyness. The two have collaborated in bands since they were both 13 years old.


Rolo Tomassi formed in February 2005 in the town of Stocksbridge, taking their name from a concept in the 1997 neo-noir film L.A. Confidential. When Rolo Tomassi formed they sought to keep the band as DIY as possible; achieving this by hand-making their first releases and organizing many DIY shows. Eva Spence went from being the keyboardist to the vocalist after they struggled to find a singer. Not long after forming, the band had written some songs and immediately began to perform at local venues/pubs to small crowds. At this time they released some of their first material on to a 3 Track Demo CD which they could sell at the shows in which they were performing. The demo CD-R was released under James Spence's independent label which he named "Mayday!". There are eight releases under this label. After a split EP with Mirror! Mirror! the band signed to Holy Roar Records and released a self-titled EP featuring re-recorded songs from previous demos and EPs along with new songs.


In June 2008, Rolo Tomassi were given a spot at Download Festival. In September they released their debut album Hysterics. Supporting this release the band opened for Pulled Apart By Horses in Britain and for Jane's Addiction in the United States.


In 2009 Rolo Tomassi started their "Subs Club" series. This was a series of 7" vinyls singles released every three months with a cover track and remixes and a 7" single, Rolo Tomassi / Throats Split, jointly release with the band Throats. In February and March of that year Rolo Tomassi supported Fucked Up and The Bronx in the Shred Yr Face 2 tour. Later in this year, they performed at South by Southwest festival. This led to be an important performance in their career as they were watched by American producer Thomas Pentz, better known by his stage name Diplo, who mentioned them in a Pitchfork Media interview, when asked to name "One Obscure Band You Think Should Be More Popular". The band contacted him thinking he might do a remix for them but he responded by offering to produce their second album. The band wished to wrap their album's completion around Diplo's schedule so they wrote the album in three months.


This article uses material from the Wikipedia article "Rolo Tomassi", which is released under the Creative Commons Attribution-Share-Alike License 3.0.