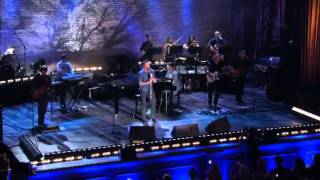 Richard Marx - A Night Out With Friends 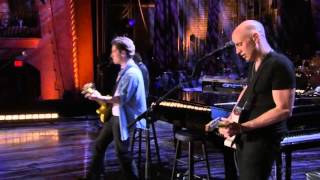 
Marx's self-titled debut album went triple-platinum in 1987, and his first single, "Don’t Mean Nothing", reached number three in the charts. Between 1987 and 1994, he had 14 Top 20 hits, including three number one singles; his first seven singles all reached the Top Five. His singles during the late 1980s and 1990s included "Endless Summer Nights", "Hold On to the Nights", "Right Here Waiting", "Now and Forever", "Hazard", and "At the Beginning" with Donna Lewis. Marx has also written or collaborated on songs with other artists such as "This I Promise You" by NSYNC and "Dance with My Father" by Luther Vandross. The latter song won several Grammy Awards. Songs written or co-written by Marx have topped the charts in four different decades.


Marx was born in Chicago, Illinois, the only child of Ruth , a former singer, and Dick Marx, a jazz musician and founder of a jingle company in the early 1960s. He attended North Shore Country Day School. He has three half-siblings from his father's previous marriage.


Marx began his career in music at the age of five, singing commercial jingles written by his father's company; its list of advertising hits includes Arm & Hammer, Ken-L Ration and Nestlé Crunch. Marx was 17 and living in Highland Park, Illinois when a tape of his songs ended up in the hands of Lionel Richie. Richie thought Marx had talent and told the teen, "I can't promise you anything, but you should come to L.A."


Marx's self-titled debut album, released in June 1987, yielded four hit singles and went triple platinum. The debut single, "Don't Mean Nothing," about the potential pitfalls of the music business, had been released the previous month, and it climbed to No. 3 on the U.S. Hot 100 as well as No. 1 on Billboard'​s Album Rock chart. Marx became the first new artist played on 117 radio stations nationwide during his initial week on the charts. The next two singles, "Should've Known Better" and "Endless Summer Nights", reached No. 3 and No. 2, respectively. The fourth single released from the album, "Hold On to the Nights," earned Marx his first No. 1 hit. The latter three of the albums singles were also hits on Billboard's Adult Contemporary chart, beginning a long string of hits on that chart.


With the success of his self-titled album, Marx embarked on his first world tour, initially opening for REO Speedwagon, but quickly began headlining his own shows. His first tour kept him on the road for 14 months.


In 1988, Marx was nominated for a Grammy Award for Best Rock Vocal Performance – Solo for "Don't Mean Nothing."


This article uses material from the Wikipedia article "Richard Marx", which is released under the Creative Commons Attribution-Share-Alike License 3.0.