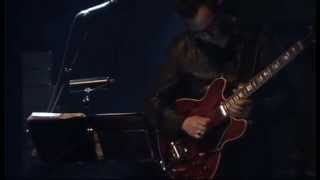 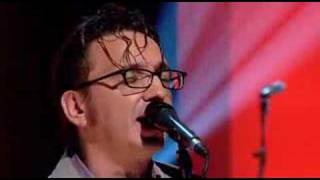 Richard Hawley - Tonight The Streets Are Ours
Share Concert


Richard Willis Hawley is an English singer-songwriter, guitarist, and producer. After his first band Treebound Story broke up, Hawley found success as a member of Britpop band Longpigs in the 1990s. After that group broke up in 2000, he later joined the band Pulp, led by his friend Jarvis Cocker, for a short time. As a solo musician, Hawley has released eight studio albums. He has been nominated for a Mercury prize twice and once for a Brit Award. He has collaborated with Lisa Marie Presley, Shakespears Sister, Arctic Monkeys, Manic Street Preachers, Elbow, Duane Eddy, and Paul Weller.


Born in Sheffield, Hawley grew up with two sisters in a working-class area of the city. He was born with a cleft palate, which required numerous operations. Both his parents were musicians; his father Dave Hawley was a guitarist with a number of local bands , and his mother Lynne a singer. They divorced when he was 16 years old. He is a lifelong supporter of local football club Sheffield Wednesday. He noted that "I always wrote songs since childhood" and realising that "you could actually make something up of your own was quite a big one then". He attended Hucklow Middle School together with future Pulp bassist Steve Mackey, and passed his O-levels. Hawley briefly worked at the local HMV.


While still at school, Hawley formed the Treebound Story and at the age of 19 recorded a Peel Session together with the band.


As a member of the Longpigs, Hawley released two albums, The Sun Is Often Out and Mobile Home. After the demise of the band, he joined Pulp as a touring guitarist while also working as a session musician. During his time with both bands he was able to "quietly hone" his songwriting skills, citing that "I was never really very good about bleating on about being a songwriter". Impressed by a home demo of his songs, both Cocker and Mackey urged Hawley to record the material. He used some left-over studio time to demo material and to experiment. Pointing out that "I just wanted to make something gentle for myself – I never expected it to be released". He recorded a song per day, recording most of the instruments himself "with a boom mike in the middle so I could walk between instruments – I mixed it in my head". His eponymous debut was a mini-album that featured seven songs and released in April 2001 through Setanta Records. It was supported by the single "Coming Home". While Hawley played "90% of the stuff" he was assisted by former Longpigs drummer Andy Cook and Colin Elliot, who became his long-term producer.


Hawley later commented that "I think with anybody's early stuff you can batter it and take things apart. doing those early records I was trying to get back to a way of being creative with recording rather than taking this dogmatic approach to it". He admitted that he didn't get "it right every time but I got what I wanted to achieve. It was to try and find something in the song. And also, with those early records, there was no money". Clash Magazine described it as "a rather brief burst of seven mid-paced, ’50s-flecked moments of jangle. Listening back now, it’s easy to spot the early signs of the grandeur that was to come, especially on standout "Sunlight" amongst these tentative 22 and a half minutes". The cover of the album was shot in front of a bingo hall in Cleethorpes.


In 2001, Late Night Final, named after the cry of vendors selling the Sheffield Star evening newspaper on the streets of the city, was released to positive reviews from the press. Hawley later explained that prior to going into the sessions "all I'd got was the riff to "Baby, You're My Light" and that the majority of songs were written during the sessions. As an example he cited "The Nights Are Cold" that was done in one take after Cooke asked "look, we've got a gig tonight, are we doing this or what?". Clash magazine called it "a remarkably assured, often truly gorgeous, collection of warmly evocative lullabies" singling out the songs "Baby, You’re My Light" and "The Nights Are Cold" as "mesmerising". The album was produced by Alan Smythe.


This article uses material from the Wikipedia article "Richard Hawley", which is released under the Creative Commons Attribution-Share-Alike License 3.0.