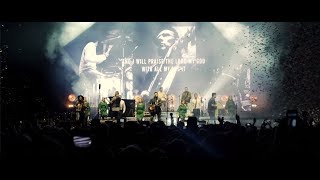 Rend Collective - I Will Be Undignified (Live in Belfast) 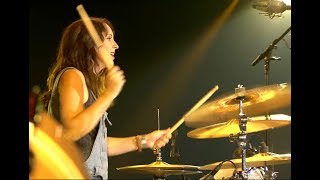 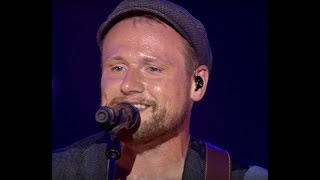 
Rend Collective is a Northern Irish Christian folk rock worship band originating from Bangor, Northern Ireland. The current lineup consists of Gareth Gilkeson, Chris Llewellyn, Ali Gilkeson, Patrick Thompson and Steve Mitchell. Their first studio album Organic Family Hymnal was released on 28 September 2010. Their second studio album Homemade Worship by Handmade People was released on 10 January 2012. Both records were released by Kingsway. Their first live album Campfire was released on 29 January 2013 with Integrity. Their fourth album, The Art of Celebration, was released on 17 March 2014. Their fifth album, Campfire Christmas, Vol. 1 was released in November 2014, and the sixth, As Family We Go, on 21 August 2015. Their second live album, Campfire II: Simplicity, was released at the beginning of October 2016. In 2017 they released the Build Your Kingdom Here compilation followed by Good News in early 2018.


The band was established under the name of Rend Collective Experiment between 2002-2003 at Bangor Elim Church, during a point which drummer Gareth Gilkeson described as "a bunch of us trying to figure out life." While the group comprises over 15 members, the band tours and records with 6 members. The remaining members are there for support and to encourage the band "spiritually, musically, and missionally." They explained noticing a sense of hostility from the modern culture towards the church and Christians therefore sought to create music that would draw such individuals spiritually and encourage them to come back to church.


Rend Collective was on the And If Our God Is for Us... Tour with Chris Tomlin and Christy Nockels in the Spring of 2011. They toured with Kari Jobe on the Majestic Tour.


Their first signee to the label is Urban Rescue, from Los Angeles, California.


This article uses material from the Wikipedia article "Rend Collective", which is released under the Creative Commons Attribution-Share-Alike License 3.0.