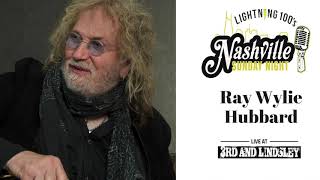 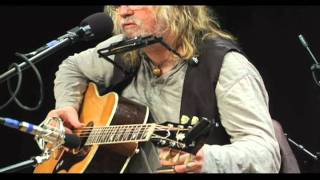 Ray Wylie Hubbard is an American singer and songwriter.


Hubbard was born in the town of Soper, Oklahoma. His family moved to Oak Cliff in southwest Dallas, Texas, in 1954. He attended W. H. Adamson High School with Michael Martin Murphey. Hubbard graduated in 1965 and enrolled in the University of North Texas as an English major. He spent the summers in Red River, New Mexico, playing folk music in a trio known as Three Faces West.


During his time in New Mexico, Hubbard wrote "Up Against the Wall, Redneck Mother" first made famous by Jerry Jeff Walker's 1973 recording, and covered by a wide variety of other artists since. Bolstered by the success of the song, he was signed by Warner Bros. Records. Hubbard then assembled a band of friends and locals and, in 1976, released Ray Wylie Hubbard and the Cowboy Twinkies. Unbeknownst to Hubbard, producer Michael Brovsky had decided to "Nashville-ize" the sound by adding overdub mixes and female backup singers to the recordings. The result was "a botched sound" that Hubbard disapproved of vehemently, but the album was released despite his attempts to block it.


Hubbard then recorded albums for various other labels for the next decade, but struggled with sales; his mix of country, folk and blues. The last album he recorded in the 80s was Caught in the Act on his newly formed Misery Loves Company record label.


He returned to recording in the early 1990s, and released his album Lost Train of Thought in 1992, followed by Loco Gringo's Lament in 1994. Eventually a steady following began to re-discover Hubbard's music and he has been recording steadily since. His guitar technique uses a strumming by the left hand that is very old, but not frequently seen in double time without changing right hand beat.


He describes his 2017 album Tell the Devil I’m Getting There as Fast as I Can as rock & roll, though his style has become associated with outlaw country, which he makes fun of in the song Lucifer and the Fallen Angels singing "Why go to Nashville knowing you never, ever gonna be mainstream? It’s better to reign in hell than serve in heaven."


This article uses material from the Wikipedia article "Ray Wylie Hubbard", which is released under the Creative Commons Attribution-Share-Alike License 3.0.