Rage Against the Machine Tickets Edinburgh 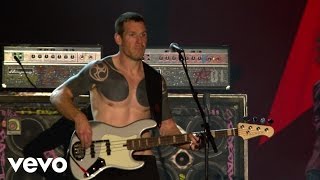 Rage Against The Machine - Killing In The Name - Live At Finsbury Park, London / 2010 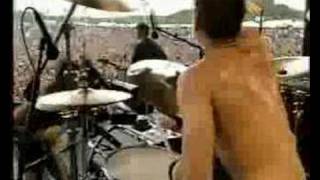 Rage Against The Machine - Killing In The Name - 1993
Share Concert

About Rage Against the Machine


Rage Against the Machine is an American rock band from Los Angeles, California. Formed in 1991, the group consists of vocalist Zack de la Rocha, bassist and backing vocalist Tim Commerford, guitarist Tom Morello, and drummer Brad Wilk. Their songs express revolutionary political views. As of 2010, they have sold over 16 million records worldwide. The band was nominated for induction into the Rock & Roll Hall of Fame in their first year of eligibility in 2017, then again in 2018, 2019, and 2021, though the bids failed.


Rage Against the Machine released its self-titled debut album in 1992 to commercial and critical success, leading to a slot in the 1993 Lollapalooza festival; in 2003, the album was ranked number 368 on Rolling Stone's list of the 500 greatest albums of all time. The band's next two albums, Evil Empire and The Battle of Los Angeles , were also successful; both albums topped the Billboard 200 chart. During their initial nine-year run, Rage Against the Machine became a popular and influential band, and had a large influence on the nu metal genre which came to prominence during the late 1990s and early 2000s. They were also ranked No. 33 on VH1's 100 Greatest Artists of Hard Rock.


In 2000, Rage Against the Machine released the cover album Renegades and disbanded after growing creative differences led to De la Rocha's departure. De la Rocha started a low-profile solo career, while the rest of the band formed the rock supergroup Audioslave with Chris Cornell, the former frontman of Soundgarden; Audioslave recorded three albums before disbanding in 2007. The same year, Rage Against the Machine announced a reunion and performed together for the first time in seven years at the Coachella Valley Music and Arts Festival in April 2007. Within the next four years, minus a sabbatical in 2009, the band continued to perform at more live venues and festivals around the world before going on hiatus once again in 2011. In 2016, Morello, Commerford and Wilk formed a new band, Prophets of Rage, with B-Real, Chuck D, and DJ Lord; that band released one EP and one full-length studio album before disbanding in 2019.


After an eight-year hiatus, Rage Against the Machine announced in November 2019 that they were reuniting for a world tour, which was initially scheduled to start in 2020, but was ultimately postponed to 2021, and then to 2022, due to the COVID-19 pandemic.


In 1991, following the break-up of guitarist Tom Morello's former band Lock Up, former Lock Up drummer Jon Knox encouraged Tim Commerford and Zack de la Rocha to jam with Tom Morello as he was looking to start a new group. Morello soon contacted Brad Wilk, who had unsuccessful auditions for both Lock Up and the band that would later become Pearl Jam. This lineup named themselves Rage Against the Machine, after a song de la Rocha had written for his former underground hardcore punk band Inside Out .Kent McClard, with whom Inside Out were associated, had coined the phrase "rage against the machine" in a 1989 article in his zine No Answers.


The blueprint for the group's major-label debut album, demo tape Rage Against the Machine, was laid on a twelve-song self-released cassette, the cover image of which featured newspaper clippings of the stockmarket section with a single match taped to the inlay card. Not all 12 songs made it onto the final album—two were eventually included as B-sides, while three others never saw an official release. Several record labels expressed interest, and the band eventually signed with Epic Records. Morello said, "Epic agreed to everything we asked—and they've followed through ... We never saw a conflict as long as we maintained creative control."


This article uses material from the Wikipedia article "Rage Against the Machine", which is released under the Creative Commons Attribution-Share-Alike License 3.0.

Rage Against the Machine Tour