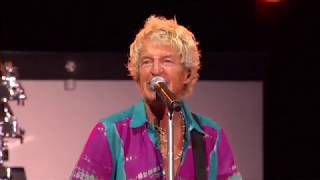 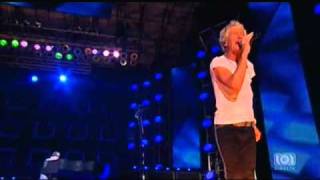 
REO Speedwagon is an American rock band from Champaign, Illinois. Formed in 1967, the band cultivated a following during the 1970s and achieved significant commercial success throughout the 1980s. The group's best-selling album, Hi Infidelity , contained four US Top 40 hits and sold more than 10 million copies.


Over the course of their career, the band has sold more than 40 million records and has charted 13 Top 40 hits, including the number ones "Keep On Loving You" and "Can't Fight This Feeling". REO Speedwagon's mainstream popularity waned in the late 1980s, but the band remains a popular live act.


In the autumn of 1966, Neal Doughty entered the electrical engineering program at the University of Illinois in Champaign, Illinois, as a junior. On his first night, he met fellow student Alan Gratzer. They held an impromptu jam session in the basement of their Illinois Street Residence Hall dormitory and soon started a rock band. Gratzer had been a drummer since high school, and was playing in a local group on the weekends, while Doughty had learned some Beatles songs on his parents' piano.


Doughty began to follow Gratzer's band, eventually sitting in on a song or two. The keyboard player was the leader, but several other band members were unhappy with the situation. On the last day of the university's spring semester, guitarist Joe Matt called the band's leader and told him that he, drummer Gratzer, and bassist Mike Blair had decided to leave the band to start a new one with Doughty.


They made a list of songs to learn over the summer break, and Doughty landed a summer job to buy his first keyboard. On his Farfisa organ, he learned "Light My Fire" by The Doors. The members returned to school in the fall of 1967 and had their first rehearsal before classes started. They named the band REO Speedwagon, from the REO Speed Wagon, a 1915 truck that was designed by Ransom Eli Olds. Doughty had seen the name written across the blackboard when he walked into his History of Transportation class on the first day they had decided to look for a name. Rather than pronouncing REO as a single word as the motor company did , they chose to spell the word out, pronouncing each letter individually . An advertisement in the school newspaper produced their first job, a fraternity party that turned into a food fight. They continued to perform cover songs in campus bars, fraternity parties, and university events. The first lineup consisted of Doughty on keyboards, Gratzer on drums and vocals, Joe Matt on guitar and vocals, Mike Blair on bass and vocals.


In early 1968, Terry Luttrell became lead singer, and Bob Crownover joined as the guitar player, replacing Matt. When Mike Blair left the band in mid-1968, Gregg Philbin replaced Blair, Marty Shepard played trumpet and Joe McCabe played sax until McCabe moved to Southern Illinois University. Crownover played guitar for the group until mid-1969 when Bill Fiorio replaced him. Fiorio then departed in late 1969, eventually assuming the name Duke Tumatoe, and went on to form the All Star Frogs. Steve Scorfina came aboard for over a year, composing with the band and performing live, before being replaced by Gary Richrath in late 1970.


This article uses material from the Wikipedia article "REO Speedwagon", which is released under the Creative Commons Attribution-Share-Alike License 3.0.