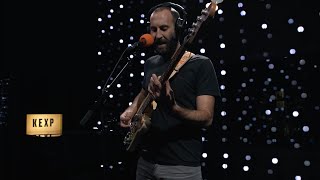 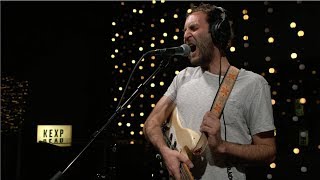 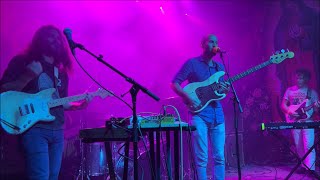 Preoccupations is a Canadian post-punk band from Calgary, Alberta, formed in 2012 under the name Viet Cong. The band consists of Matt Flegel , Scott Munro , Daniel Christiansen and Mike Wallace . Flegel and Wallace had previously been members of the band Women, which broke up in 2010. The group's musical style has been described as "labyrinthine post-punk".


In 2010, the band Women entered an indefinite hiatus after an onstage fight. That band's guitarist, Christopher Reimer, died in 2012. Following Reimer's death and the disbanding of Women, ex-Women bassist Flegel decided to form a new band with guitarist Munro ; the two had recently toured together as live musicians for Chad VanGaalen. They recruited ex-Women drummer Wallace and guitarist Christiansen .


The band's debut EP, a self-released cassette, was issued in 2013.


The band performed at SXSW festival in 2014, and then signed to Canadian record label Flemish Eye. The band's cassette release was reissued by Mexican Summer on vinyl on July 8, 2014.


The band released their debut album, Viet Cong, on January 20, 2015, on Jagjaguwar and Flemish Eye. The band announced plans for a North American and European tour to promote the album.


The band frequently faced controversy over their original name, involving accusations of both racism and cultural appropriation because of the name's association with the original Vietnamese Viet Cong. In March 2015, the band was set to perform at Oberlin College, but the show was cancelled due to their "offensive name".


In September 2015, the band announced that they were going to change their name, posting to their Facebook page, "We are a band who wants to make music and play our music for our fans. We are not here to cause pain or remind people of atrocities of the past". On March 29, 2016, the Canadian music magazine Exclaim! reported that the band were still booking shows under the name Viet Cong, and began running a real-time "Days since Viet Cong promised to change their name" counter on the magazine's website.


This article uses material from the Wikipedia article "Preoccupations", which is released under the Creative Commons Attribution-Share-Alike License 3.0.