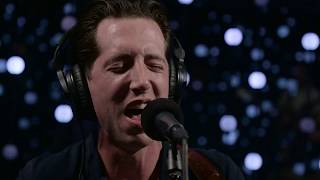 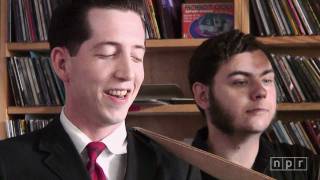 Pokey LaFarge is an American musician, writer, and actor.


LaFarge was born Andrew Heissler in Bloomington, Illinois. The nickname "Pokey" was coined by his mother, who would scold him to hurry when he was a child.


LaFarge took an interest in history and literature during his childhood, and was greatly influenced by his grandfathers. One was a member of the St. Louis Banjo Club who gave him his first guitar and tenor banjo. The other, an amateur historian, taught him about the American Civil War and World War II.


In his early teens, he discovered an appreciation for older blues musicians like Skip James, Robert Wilkins, and Sleepy John Estes. After hearing Bill Monroe at age 16, LaFarge traded the guitar his grandfather had given him for a mandolin.


He adopted the name "Pokey LaFarge" because it sounded like what he was looking for musically during the time he was moving around the country. After graduating from University High School in 2001, at the age of seventeen he hitchhiked to the west coast and earned a living as a busker on streets, sidewalks, and pedestrian malls. He met Ryan Koenig and Joey Glynn of the St. Louis band The Rum Drum Ramblers while he was playing on a street in Asheville, North Carolina. Koenig and Glynn began playing with LaFarge in 2008, and the addition of Adam Hoskins in 2009 resulted in the formation of the South City Three.


LaFarge independently released his first album, Marmalade, in 2006. During the same year, he toured with The Hackensaw Boys. His second solo album, Beat, Move & Shake, was released in 2008 by Big Muddy Records.


Riverboat Soul, the first album with The South City Three, was recorded in July 2009 at the Nashville studio of producer Phil Harris using vintage instruments and electronics. It was released in 2010 by Free Dirt Records and won the Independent Music Award for Best Americana Album. The group's second album, Middle of Everywhere, won the same award in 2011. The band released Chittlin' Cookin' Time in Cheatham County produced by Jack White for his label Third Man Records. White asked the band to collaborate with him on the song "I Guess I Should Go to Sleep" for his album Blunderbuss, followed by opening for him on tour.


This article uses material from the Wikipedia article "Pokey LaFarge", which is released under the Creative Commons Attribution-Share-Alike License 3.0.