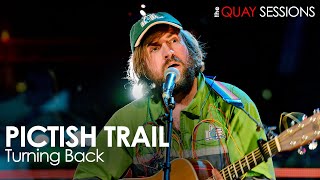 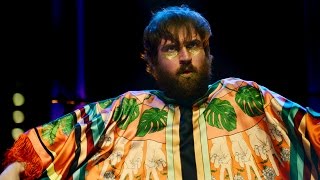 Pictish Trail - Who's Comin' In ? (The Quay Sessions) 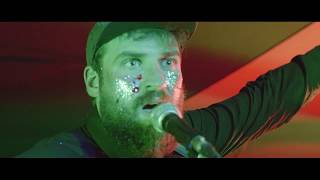 
Johnny Lynch is a Scottish musician who performs under the pseudonym The Pictish Trail. After graduation from the University of St Andrews, Lynch ran Fence Records from 2003 until 2013 and has since been running Lost Map Records. Lynch has attended and played every Green Man Festival since its inception in 2003. He's also played as band member with other musicians, including James Yorkston and Malcolm Middleton. In 2010 he released an album and toured with Adem Ilhan under the name Silver Columns.


Johnny Lynch started performing under the moniker The Pictish Trail in 2002, recording his first album on his computer and releasing it on Fence Records in 2003. Lynch ran Fence Records from 2003 until August 2013, working for the label for 10 years in total, before leaving to form a new label, Lost Map Records.


Lynch released his proper debut album, Secret Soundz Vol.1, in September 2008, to critical acclaim. In February 2009, The Times named Secret Soundz as an "Essential Recording" of the Fence Collective. In 2010 The List magazine named Lynch as the 12th "Hottest Scot" in its list of creative Scottish people. His 2010 album In Rooms consists of 50 songs of 30 seconds each written as part of the "100 Days To Make Me A Better Person" project of 2009. Lynch also supported KT Tunstall throughout her 2010-2011 European tour in support of her 2010 album, Tiger Suit.


Secret Soundz Vol. 2 was recorded with Sweet Baboo taking up production duties, on the Isle of Eigg , in 2012. The album was released to critical praise in February 2013. It was re-released as a double CD set, with Vol.1, on Moshi Moshi in 2014.


In July 2014, the first Howlin' Fling Festival took place on Eigg, with Lynch as organiser and performer. The line-up included, among others, Jens Lekman, Beth Orton and Sam Amidon, The Phantom Band and various bands from Lost Map Records. A companion mini-festival took place for the first time in August 2015 at Penicuik Town Hall.


The Pictish Trail appeared on James Yorkston's 2014 album, The Cellardyke Recording and Wassailing Society, and toured live with Yorkston supporting the release.


This article uses material from the Wikipedia article "Pictish Trail", which is released under the Creative Commons Attribution-Share-Alike License 3.0.