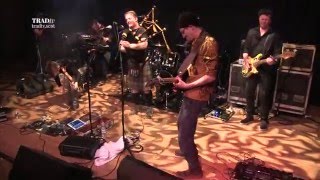 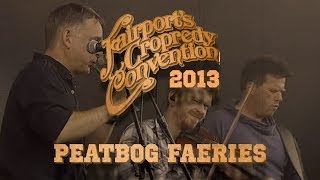 The Peatbog Faeries are a largely instrumental Celtic fusion band. Formed in 1991, they are based in Dunvegan on the Isle of Skye, Scotland.


Their music embodies many styles and influences, including folk, electronica, rock and jazz, although their main influence is traditional Celtic music. The band's unique sound is created through a mix of programmed effects and traditional Celtic arrangements, played on bagpipes, fiddles, and whistles.


The Peatbog Faeries formed in 1991. They recorded and released their debut album Mellowosity in 1996 on Greentrax Recordings. Two years later they signed to a New York label and recorded their second album, Faerie Stories. Due to problems at the record company the CD was not released for a further two years.


For their third album the band set up their own label, Peatbog Records. On the label, they released Welcome to Dun Vegas in 2003. The album introduced a small amount of vocals. In 2005, they released Croftwork, which saw the first appearance of brass instruments on an album. These have been a regular feature of the band's albums and live performances ever since.


The band toured in 2008, recording a series of gigs and subsequently released their first live album, Live, made up of two of these performances. The band's seventh studio album, Dust, was released in August 2011.


In 2010, they were inducted into the Hebridean Celtic Festival’s hall of fame.


This article uses material from the Wikipedia article "Peatbog Faeries", which is released under the Creative Commons Attribution-Share-Alike License 3.0.