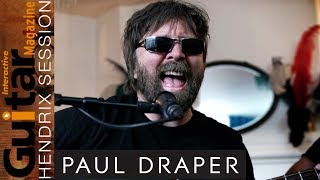 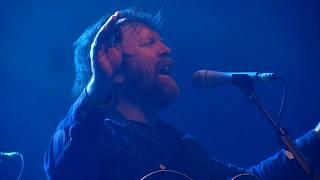 
Paul Edward Draper ) is an English singer-songwriter, musician and record producer, formerly the frontman of the rock band Mansun.


Paul Draper grew up on Garmoyle Road in Wavertree, Liverpool before moving with his family to Connah's Quay, Deeside.


Draper returned home to study at Wrexham Art College before forming Mansun with bassist Stove King, and guitarist Dominic Chad. The band signed to Parlophone and released three studio albums before splitting in 2003 whilst recording their fourth.


The band's debut album, Attack of the Grey Lantern, was released in the UK on 15 February 1997 and was released in Japan 9 days prior to the UK release with bonus tracks. The album spent a total of 19 weeks on the UK Albums Chart, peaking at number one.


Mansun's second album, Six, was released in the UK in September 1998 and peaked at number 6.


This article uses material from the Wikipedia article "Paul Draper", which is released under the Creative Commons Attribution-Share-Alike License 3.0.